Trent Alexander-Arnold: The Leader of a New Generation of Full-Backs

​On hearing that an incredible piece of skill and vision produced the decisive goal in last night's Champions League semi-final between Liverpool and Barcelona, you would be forgiven for assuming it came from a player from Catalonia.

The name that would immediately spring to mind, particularly in light of his performance in the first leg, is Lionel Messi. However, after showing glimpses of his genius in the first half - including one of his trademark, meandering dribbles that left an otherwise faultless and icily composed Joel Matip in a heap on the Anfield turf - the Argentinian maestro failed to affect the second half of the game. The one moment of pure genius that provided Divock Origi with his second goal of the night and ensured that Liverpool would be heading to consecutive Champions League finals, would instead come from the right foot of 20-year-old, Trent Alexander-Arnold.

For all the talk of the magic of Anfield, of the Kop's ability to inspire, of Jurgen Klopp's tactics, of Liverpool's players outmuscling and overpowering Barcelona - the most decisive moment of the match wasn't an act of emotion-fuelled power, it was a calm and collective display of vision and skill.

A walk away from the corner flag. A quick look up into the box. Less than a second to register the situation. A quick retreat. A pass whipped so perfectly into the space between a completely nonplussed Sergi Roberto and a distracted Marc-Andre ter Stegen, that an equally unaware Origi was able to turn around to find the ball at his feet, and the goal at his mercy. A fourth goal. A remarkable comeback completed.

The vision to identify the opportunity was impressive. The skill and technique to judge the pass so precisely while running away from the target was magnificent. However, the most impressive aspect of the pass was the outright bravery to even attempt it. A mishit or an interception, and Alexander-Arnold goes from the headline-grabbing hero, to a throw away comment

in the fifth paragraph of the match report about the 'inexperience of youth.'

At just 20 years of age, at such a crucial moment in one of the biggest games of his career, to have the confidence and the nerve to pull off that pass is not quite as miraculous as the result itself - but is certainly something special.

Trent Alexander-Arnold is some player!

The harbinger of their team's destruction will have surprised Barcelona's fans almost as much as the outcome of the match. While they may be accustomed to watching Jordi Alba bombing down the flanks, Alexander-Arnold is a different type of attacking full-back.

Having come through Liverpool's academy as a midfielder, Alexander-Arnold has the natural instincts and passing ability of an attack-minded footballer. While the necessity to be able to attack as well as defend is a common trait in modern full-backs, in most players this materialises itself mainly in the form of overlapping runs and providing crosses. The Liverpool right-back has far more feathers to his bow.

50-yard cross field passes to his fellow full-back in crime, Andy Robertson have become trademarks of the youngster's game; as too have intelligent defence severing through balls. Alexander-Arnold has these weapons in his arsenal in addition to the stock ammunition of crosses and overlapping runs. This is where he differs to his contemporaries, and is undoubtedly part of the reason why Tuesday night's moment of genius was his 15th assist of the season.

The emphasis placed upon attacking ability as a prerequisite for the modern day full-back has unsurprisingly resulted in a drop off in defensive standards. 'He's good going forward but he gets caught out at the back' is in trouble of joining 'it was a game of two halves' and 'he goes missing in the big games', in the pantheon of great football cliches.

However, like most cliches it has a basis in fact. Barcelona's Jordi Alba - considered to be one of the best attacking full-backs in world football - showcased his defensive frailties with a misjudged header that led to Liverpool's opening goal on Tuesday night. And Gareth Bale's demolition of another attacking great, Maicon will live long in the memory of most football fans. Alexander-Arnold appears to possess no such deficiency however, combining his attacking flair with energetic yet intelligent defensive performances. 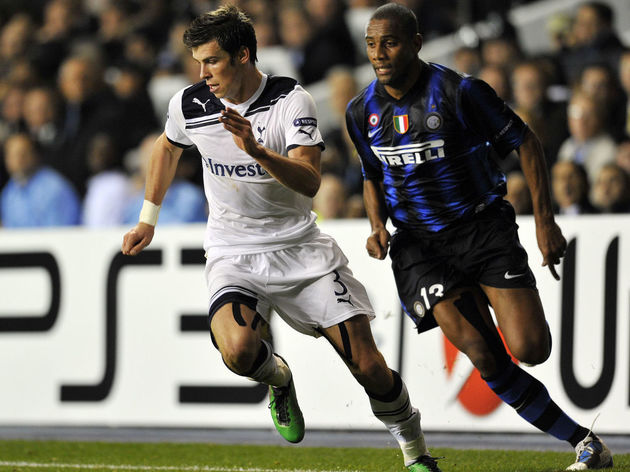 If Roberto Carlos and Cafu ushered in the second generation of attacking 'wing backs', perhaps Trent Alexander-Arnold is the prototype for the third generation of passing full-backs. While Pep Guardiola would arguably take umbrage with this suggestion - having routinely deployed his own full-backs as extra midfielders throughout his managerial career - he has never managed such a naturally gifted player in that position.

At such a young age and only a couple of years into his senior football career, it may be foolish to compare him with some of the world's all time greats just yet. That being said, not many players can boast of receiving a standing ovation from the Blaugrana faithful, so don't be surprised to see other clubs attempting to emulate the Alexander-Arnold model.

It may not have been Ronaldinho at the Bernebau in 2005, but those Barcelona fans also knew they had witnessed something and someone special at Anfield on Tuesday night.