​Arsenal are ready to part ways with a number of senior stars, including Mesut Ozil and Henrikh Mkhitaryan, as Unai Emery prepares a huge squad overhaul this summer.

The Gunners have endured a torrid run of form towards the end of the season and saw their Champions League dreams vanish with the 1-1 draw against Brighton and Hove Albion on Sunday. They must now win the Europa League, or face another season outside Europe's most prestigious competition.

In the hope of bouncing back as soon as possible, ​The Sun claim Emery is ready to cut ties with at least five members of his senior squad, to try and build a team capable of challenging for silverware.

The biggest name said to be heading for the exit door is ​Ozil, who has long divided opinion at the Emirates Stadium. The German has often been omitted from Emery's lineup this season, amid rumours that his work rate had left the former PSG boss wanting more from one of his side's top earners.

The two players have both struggled to justify their expensive price tags, and Arsenal are now thought to be looking for buyers for both, so that they can be replaced with more suitable alternatives.

Midfielder Mohamed Elneny and defender Shkodran Mustafi are also both on the chopping block after a season of underwhelming performances, whilst Carl Jenkinson is another thought to be on his way out of the club this summer.

With ​Aaron Ramsey, Danny Welbeck and ​Petr Cech also leaving at the end of the season, extra money will soon become available for Emery, who has been linked with a number of players this summer. 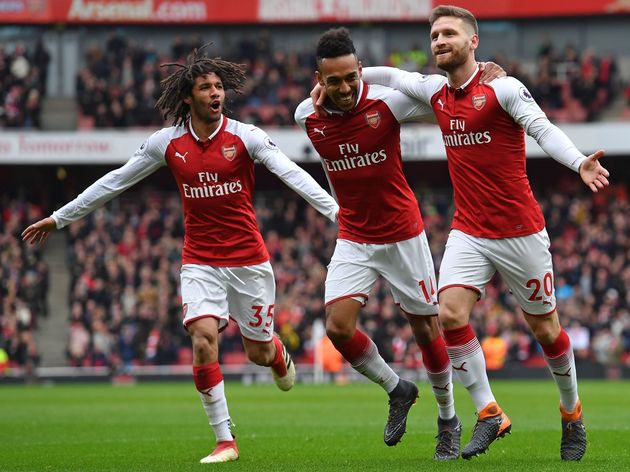 The likes of Paris Saint-Germain's Christopher Nkunku and ​Bournemouth's Ryan Fraser are just two of large group of players rumoured to be heading to the Emirates at the end of the season, so selling both Ozil and Mkhitaryan would go a long way to helping the cause.