As if Manchester United didn't have enough problems, they're now set to see their two fiercest rivals sweep up every trophy available to them over the next month.

Manchester City could win a domestic treble. Liverpool are in the Champions League final. United, meanwhile, finished sixth in the Premier League. Thursday night football beckons next season. None of their players want to play for them. Ed Woodward is still there. The Glazers still own the club. Everything is terrible.

United need to get their house in order, but it's going to take years to get to the levels City and Liverpool are currently at. Their first team squad needs gutting and they need fresh faces. A new era is needed. Right now. With that in mind, we're passing judgement below on every ​Manchester United first team player and whether they deserve to remain at Old Trafford.

To be clear, this is in no way a realistic reflection of what will happen (Ole Gunnar Solskjaer is only seemingly getting rid of one or two!) but it is what should happen. It should happen to rid this club of the rot that has gripped the squad. Tear it up and start again. Sergio Romero - KEEP - Among the best second choice goalkeepers in the league, so would be handy to keep around. Only fair of the club to offload him though if that's what he wants, given his age and service.

Joel Pereira - KEEP - Not sure he'll ever become number one but might be wise keeping as third choice. There's going to be enough change further forward.

Dean Henderson - KEEP & LOAN - Has been the first choice all season for Championship high flyers Sheffield United, and has earned promotion with them. A season's loan extension and Premier League experience would serve him well. Stay away Dean, for your own good.

Lee Grant - SELL - When Lee Grant is one of your three first team signings in a summer transfer window, you're going to have a bad time. 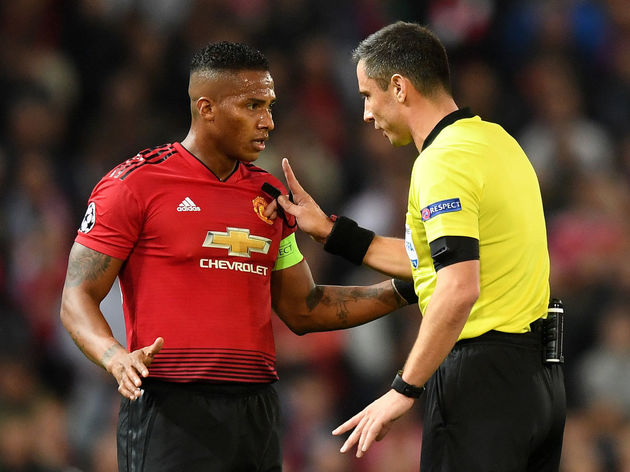 Replaced Cristiano Ronaldo, was definitely not Cristiano Ronaldo, took his number 7 before moving to 25, started as a winger but shunted to right back, became the league's best right back for a very short while, declined, and then disappeared off the face of the planet.

Diogo Dalot - KEEP - Dalot has shown bright spells over the course of his debut campaign but questions remain over his defensive abilities. Still, something to work on.

Ashley Young - SELL - Anyone. Can anyone answer the question why Ashley Young was given a contract extension beyond this summer? Will anyone go to the effort of buying him, even if it's for nothing? Can anyone afford him, given he's earning £110,000-a-week?

Probably not. Stuck with him. If he has to stay, just please buy anyone to play at right back over Ashley Young. But SELL HIM PLEASE.

Timothy Fosu-Mensah - KEEP - United fans love Tim. He's got one year left on his deal, but has not covered himself in glory in his last two seasons in the Premier League on loan at Crystal Palace and Fulham. Is probably one of those players though that Ole thinks he can improve. We'll see...

Matteo Darmian - SELL - Please, for the love of God, just let him go lump the ball in the air somewhere else. For our sake and Matteo's own.

Luke Shaw - KEEP - Big point of contention at United at the moment. Has not developed at the rate most fans hoped, but always had potential. Time is running out for him to fulfil it. Eric Bailly - KEEP - Chat is the beautiful and crazy Eric Bailly was on the chopping block, but his recent injury against Chelsea might've put paid to United's chances of a summer sale. Hasn't gone right for ​Bailly so far but when he's good, he's good.

I'm going to campaign for a number of centre backs below to leave, so Eric should get another chance by default. Even though I like him, he is absolutely mad, and he fly kicks the ball despite his booted foot going close to people's faces. Keep living on the edge mate.

Marcos Rojo - SELL - Speaking of fly kicks, Marcos Rojo does that with people's legs instead of the ball. He's been getting paid 80 grand a week to do that for the last year or so, and he is contracted to do that until TWO THOUSAND AND TWENTY ONE.

Find someone who will take him and sell him. Sell him and tell him to take his toaster.

Victor Lindelof - KEEP - Probably United's best defender. If you have to pick the best two, it's Lindelof plus another. Who the plus one is remains entirely dependent on who you ask. Axel Tuanzebe - KEEP - Potential. Promise. Good form. Homegrown. It's been a decent year at Aston Villa for Axel Tuanzebe, and he should (and probably will) be drafted into the first team squad next season.

Some additional reading on ​Tuanzebe and Dean Henderson here from Jamie Spencer.

Phil Jones - SELL - Sir Alex Ferguson was a genius, and is the greatest manager ever. But he didn't get everything right every time, as this quote tells us.

"Jones, arguably the way he is looking, could be our best ever player. I think Jones may be one of the best players we have ever had, no matter where we play him. At 21 years of age, he is going to be a phenomenal player."

Maybe he was trolling us? Chris Smalling - SELL - Just a reminder here that this is never, ever going to happen, but selling three out of six centre backs this summer is Manchester United's ideal. This is the cleansing process that it's painfully obvious needs to happen. This squad needs gutting. And this team needs rid of the two symbols of the banter era it's found itself in for six years. Nemanja Matic - SELL - I'd suggest keeping Nemanja Matic for the final year of his contract and then letting him leave for free next summer as the logical option, but not one part of me can advocate that that's a good idea when the alternative is to sell him. So far past it it's ridiculous.

Scott McTominay - KEEP - Actually plays with some heart, which is more than you can say for most of the players in this team. Is also Manchester United's top scorer in the month of May 2019, with a grand total of one.

Fred - KEEP - Needs to work on being more composed with the ball, but there are glimpses that there might actually be a player in there. At the moment he goes down as expensive flop, but there's time for that to change.

Andreas Pereira - KEEP - Is out of contract this summer, but it seems silly business to let a player of his potential and age to go for free. Would expect a new deal.

Ander Herrera - RELEASE - Ander Herrera's packing boxes to leave his house because Manchester United didn't renew his contract months ago. Should've stayed (within reason when it comes to earnings) but seems bound for PSG. Missed the boat here. Paul Pogba - SELL - Man Utd will likely end up selling Paul Pogba. Why? Well a) he's too good for them, and b) he knows he's too good for them. It's the right decision - as painful as it is to say - but it's up to United now to get a good fee for their best player and to reinvest that money wisely in a number of players with the talent and desire to take the club forward.

More reading on Paul Pogba's future here. By yours truly. Me. The despairing one.

Juan Mata - RELEASE - Nice player, lovely man. But the exact type of player United need to be moving on from when his contract is up. ​Juan deserves a nice career swansong back in the sun anyway. ​Barcelona sounds lovely. Alexis Sanchez - SELL - Has screwed everything up. Everything. Earns more money than everyone else and makes the rest want more, while playing like one of his dogs would if they were asked to play in the Premier League. Tried to fool us that he was back by growing a moustache and sketchy beard, but nobody's buying it ​Alexis. Nobody.

Speaking of nobody - nobody will take him permanently, surely. United's best hope is a bid from Unnamed Chinese Club, but if that doesn't happen then you're looking at the prospect of a two-year loan deal at Inter or Fenerbahce. And United will have to subsidise some of his wages.

He just has to go, at all costs. Just so United can take control of their wage structure.

Jesse Lingard - KEEP - The reality is that Jesse Lingard hasn't performed in a Manchester United shirt for a very long time. Homegrown and a good squad player - and worth retaining for those reasons at least - but his is one of many positions United need to upgrade.

Anthony Martial - KEEP - His form has tailed off wildly over the last few months, and while not alone, it's a real concern given the talent this lad has. It's always been a question of attitude with ​Anthony Martial, and while his numbers are comparable to United's legends of the past, his performance levels aren't. It's not always about numbers.

Ole's got a big job on here. 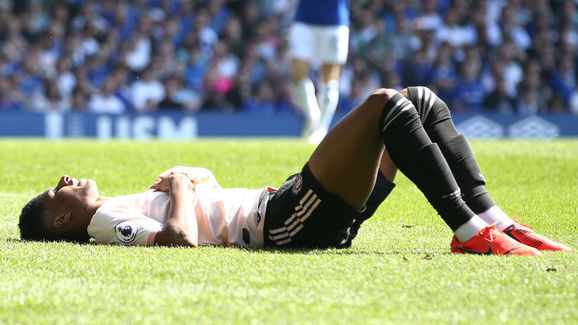 Marcus Rashford - KEEP - Expected that he'll sign a new contract over the summer, as his current deal has just a year left to run. Rashford's form has been as bad as anyone's in red over the last few months and he has lots to fix, but don't go buying that Barcelona interest. Seriously. That's not happening.

Romelu Lukaku - SELL - If they can get anywhere near what they paid for him, Manchester United selling Romelu Lukaku is a good idea. Does not fit in with the style Ole's trying to implement and he's definitely in that group of players who fancies leaving if he gets the chance.

So that's effectively a 50/50 cut rate. FIFTY FIFTY. It's that bad. Another friendly reminder here that this is not going to happen, but this is what, from a fan's perspective, needs to happen.

The rebuilding process is here and now.