Gareth Bale: Why it's Time for the Welsh Superstar to Step Outside His Comfort Zone

It's been six years since Gareth Bale left Tottenham to join Real Madrid for a then world record fee of £85m, and since then, he's done it all.

The winger has won four Champions League titles, one La Liga title, a Copa del Rey and three Club World Cups, as well as dragging Wales to a European Championship semi-final in 2016. He's scored 102 times in 231 appearances for Los Blanocs, including that unbelievable overhead kick against Liverpool in last season's Champions League final, as well as a memorable winner in the 2014 Copa del Rey final over Barcelona.

However, you always felt as though he was living in the considerable shadow of a certain Cristiano Ronaldo, but when the Portuguese superstar left the Spanish capital to join Juventus last summer, the door seemed wide open for Bale to be crowned the new king of the Bernabeu. 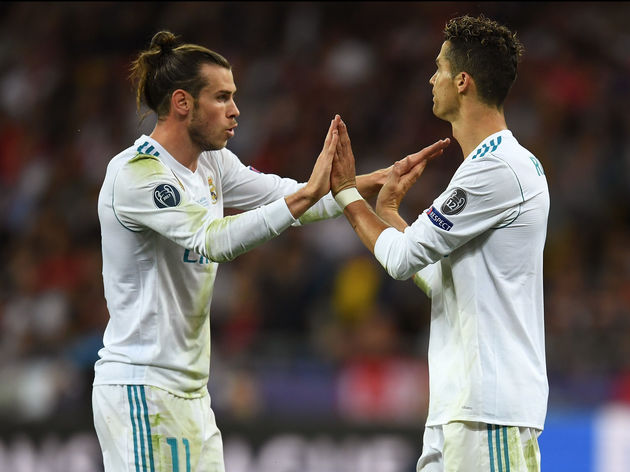 While the Welshman is Real Madrid's second top scorer this season, he unfortunately hasn't managed to replicate the impact that Ronaldo had made for the side.

Now granted, that was always going to be a difficult task, and to be fair to Bale, he's not the only member of that iconic side that won three consecutive Champions League titles whose performances have dipped this season.

Ballon d'Or winner Luka Modric looks horribly off the pace, ​Toni Kroos seems to be losing his midfield powers and nobody really knows what's happened to Marcelo this season. They were also completely humiliated by Ajax in the Champions League last 16, which is a pretty sharp decline considering their previous efforts in the competition that Madridistas hold closest to their hearts.

Bale, perhaps unfairly, has become a scapegoat for Madrid's failings, and the Bernabeu crowd never seem shy to let him know exactly what they think of him.

But his general demeanour doesn't seem to help, often not celebrating when scoring and telling television journalists straight after his brace against Liverpool in Kiev that he was ready to leave the club due to a lack of opportunities.

Marca reporting that Zinedine Zidane has told Gareth Bale that he is not counting on him anymore. Marcos Llorente and Dani Ceballos have both received the same message from Zidane who has started his "one to one"-interviews with the players. They've been told to find new teams pic.twitter.com/r26iLgx5Ns

He has been consistently jeered this season, and doesn't seem to get on with Zidane, after it was reported that the pair didn't even speak following the club's 13th European cup last May.

So why would Bale want to stay at a club where he's been told he doesn't feature in the mangers plans and seems to be universally disliked by 80,000 home supporters while still not being fully to speak the language?
​
​The answer: £600,000 a week until 2022.

Now of course his agent will argue that that's what a player of Bale's ability should be being paid in the current market, but there's a major problem with that.

Real Madrid Won 4 Champions League in recent years and in 2 of the Finals, Gareth Bale SCORED THE WINNER

Bale is going to turn 30 in July, and nobody, not even teams who spend as recklessly as Manchester United or PSG, are going to pay that for someone who might be past their prime and picks up several injuries during a season.

That's not to say Bale wouldn't improve sides such as those, because he certainly would. He has shown during his time at Madrid that he can step up to the big occasion and is still capable of delivering big moments due to his sheer ability.

He isn't as quick as he once was, but if Bale decided to take a pay cut (again, no one can blame him for sitting on that sort of money), he could become a leader and a star player while becoming adored by a number of Europe's biggest clubs.

Manchester United need a squad overhaul, Chelsea need to replace Eden Hazard, PSG will want to challenge for Europe's top prize and Bayern Munich will eventually need to move on from Arjen Robben and Franck Ribery.

Bale would arguably walk into any of those sides, and Madrid will be desperate to move him on for a decent fee so they themselves can begin a well overdue summer spending spree.

The ultimate decision however, is Bale's. Does he go and explore a different challenge in the summer and reignite the fire in a man who we all know can be an extraordinary player? Or does he sit in the reserves and carry on being abused by people who don't even have a fraction of his ability? 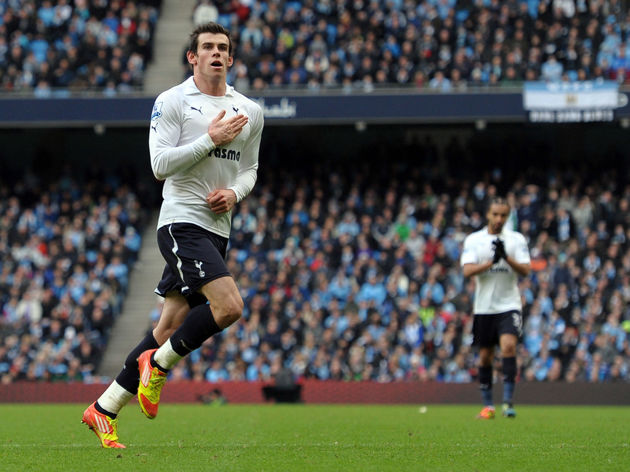 The choice seems obvious, we'd all love to see the Gareth Bale that was doing extraordinary things for Tottenham all those years ago back in the Premier League.

But as long as he doesn't waste those final few years of a wonderful career, Bale can become another club's icon, something he needs to strongly consider in the next few months.