Manchester United appear to have been defeated in their efforts to sign 19-year-old Ajax captain Matthijs de Ligt this summer after the coveted centre-back was reported to have turned down their advances because has 'no interest' in moving to Old Trafford.

De Ligt, who faced United as a 17-year-old in the 2017 Europa League final, has been one of the most talked-about new talents in Europe this season after helping a mesmerising Ajax generation reach the Champions League semi finals against all odds. The teenager has been linked with Barcelona, Juventus, Bayern Munich and Liverpool in recent months, but United's name had also been added to that list of potential suitors.

But, according to the Daily Star, De Ligt has made it clear that he is not interested in joining the Manchester club. The tabloid report claims that decision had even been taken before United miserably failed to qualify for next season's Champions League.

The Star further claims that United were even willing to offer the Dutch international a five-year contract worth £250,000-per-week, or £65m over the course of the whole deal.

Matthijs de Ligt reported to have turned down Man Utd even with the club willing to offer him £65m over 5 years. His alleged reasoning is that he will have his pick of top clubs this summer...essentially Utd are not in that group.

That would likely be the most financially attractive proposal De Ligt receives from anyone this summer. Yet United's fall from grace on the pitch is impossible to ignore and, for an ambitious De Ligt, the downward trajectory the club is on appears to be trumping everything else.

"Matthijs is going to become the best defender in the world. He will have the choice to join whoever he wants, but he has no interest in going to United. They are not the attractive proposition they once were," a 'source' is even quoted as telling the Daily Star.

"He knows he is in a strong bargaining position because his stock has risen so fast. He's one of the most in demand stars on the planet." 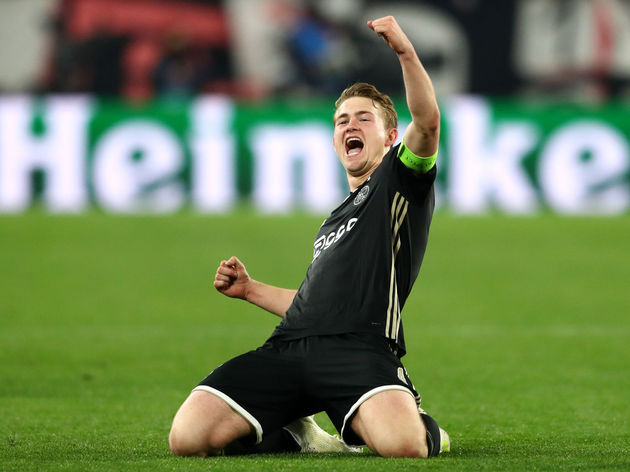