​Cristiano Ronaldo's mum, Dolores Aveiro, has taken to Twitter to congratulate her son on helping Juventus avoid relegation from Serie A (by a mere 57 points) and for, ummm, delivering the club's first league title in 'almost 20 years'.

Although the first claim is technically true, the second is of course false information. Juventus have secured their eighth consecutive Serie A title this season, finishing well ahead of the chasing pack, and have lost just twice in the league thus far - with Ronaldo predictably playing a starring role.

Aveiro released a statement on her ​Twitter on Monday evening (which is remarkably still there, unchanged) which reads: "Cristiano, that player who rescued ​Juventus from relegation and made them win a league after almost 20 years of drought. Amazing."

He's bagged 28 goals in all competitions and is still in the running to finish the season as the top scorer in Serie A.

He's currently sitting on a tally of 21 goals heading into the final stages of the season in Italy, four goals behind top scorer Fabio

Above the statement, she captioned the tweet: "My pride, my son."

While it's unclear whether or not Aveiro has been paying attention to what Ronaldo has been doing since he made the switch over to Juventus, the Portuguese superstar has been enjoying a stellar debut season in Italy. 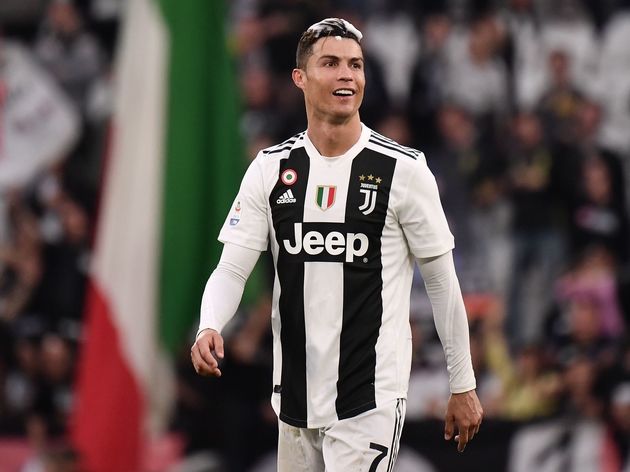 "It's difficult, you have extra pressure of having to prove something to people and it's not only for you, but your mother, your son. It makes you more active."