There's just one round of fixtures left in the Premier League this season, and we already have a pretty good idea of how the final league table will look.

This penultimate weekend of 2018/19 confirmed who will be relegated, who will be competing in the Champions League next season and who will have to settle for the Europa League (sorry, Manchester United fans).

Here are six of the best moments from all the action. 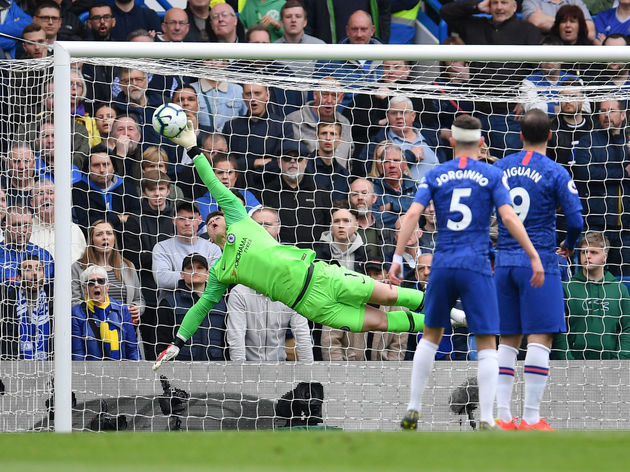 What a stunning save ​Liverpool goalkeeper ​Trent Alexander-Arnold made to deny ​Newcastle United's Salomon Rondon in their 3-2 win, flinging his arm out to block the ball on the line. Wait, he's not a goalkeeper? Oh, well let's give the award to someone else then.

​Young ​Bournemouth shot stopper Mark Travers had a debut to remember against ​Tottenham Hotspur, but the award must go to ​Chelsea's Kepa Arrizabalaga. The Spaniard pulled off a stunning diving save to deny ​Watford's ​Troy Deeney, flinging himself to the top corner of his goal to help the Blues on their way to victory. Alexander-Arnold may have missed out on the previous award, but he certainly deserves this one for his exquisite cross for ​Mohamed Salah.

As we have come to expect from the right-back, his first-time cross looked like something out of a video game as it landed perfectly at the feet of Salah, who did what he does best and steered the ball past Martin Dubravka and into the back of the Newcastle net.

He may have been lucky to still be on the pitch at the time, but he certainly made the most of his good fortune. Between them, Liverpool's full backs Alexander-Arnold and Andy Robertson have 22 Premier League assists this season. After ​Gary Cahill's ​scathing review of Maurizio Sarri emerged on Sunday, it was somewhat of a surprise to see the centre-back included in Chelsea's matchday squad. Showing his soft side, Sarri handed Cahill a few minutes at the end of the game to say goodbye to the Chelsea fans, before his contract expires at the end of the season.

Fans were on their feet for the 33-year-old and, after the game was over, the players threw Cahill in the air to celebrate his seven years with the club, in what truly was an emotional moment for all involved.

Gary Cahill, he's won it all. 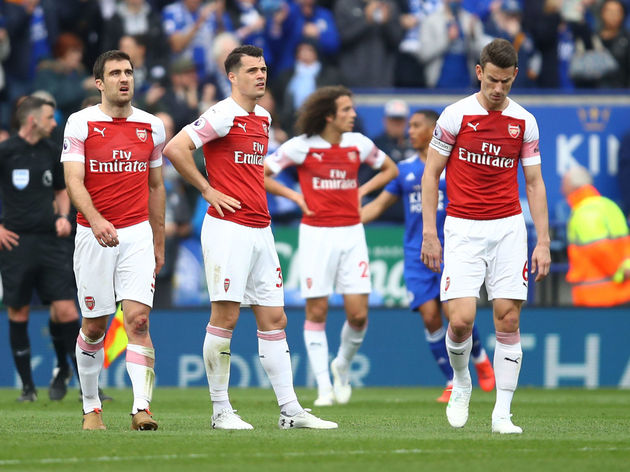 Whilst Chelsea were strolling into ​Champions League qualification, ​Arsenal seemed to be doing their best to avoid the top four, and their 1-1 draw with ​Brighton and Hove Albion now leaves them settling for the Europa League.

Their form has been woeful as of late, and that was summed up perfectly by one 30-second period in the game. There was Bernd Leno's sloppy clearance, defenders simply getting hit with the ball, misplaced header after misplaced header, and even two or three slips for good measure. Arsenal's inability to get past Brighton was poor, but ​Manchester United's implosion against the already-relegated ​Huddersfield Town was something else. They threw away a 1-0 lead to finish the game level, and their Champions League dreams are over too.

Huddersfield's point was the first that any of the relegated sides have managed against the top six this season, out of a possible 105 points. Played 35, won none, lost 34, but now one draw.

​Ole Gunnar Solskjaer was fuming, and rightly so. His team have been far from good enough, and they now have to pay for their shortcomings. There were a handful of great strikes this weekend, but Andros Townsend's effort in ​Crystal Palace's 3-2 win over ​Cardiff City was the pick of the bunch.

The winger showcased some of the agility which has made him such a threat throughout his career, before cutting inside and unleashing a powerful effort and crashed against the post on its way over the line.

It was a goal worth celebrating for everyone except Cardiff, who will be playing ​Championship football next year as a result.