Liverpool boss Jurgen Klopp has taken a dig at supporters from rival clubs, while praising his side for doing it 'the hard way' this season.

With their Premier League title aspirations on the line, the Reds snuck a 3-2 win over Newcastle to keep up the pressure on Manchester City ahead of their clash against Leicester on Monday night.

And, speaking to reporters after the victory, the German was in combative mood, hitting out at rival fans who were desperate for his side to fail. 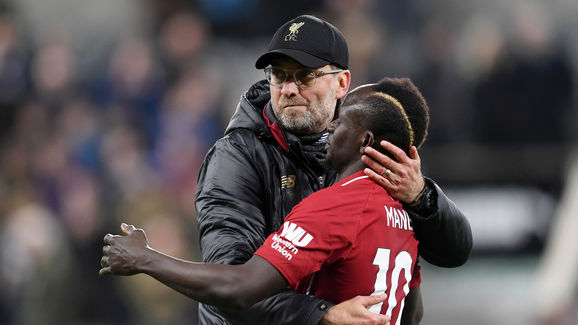 He said (via Goal): "A lot of supporters from other clubs will be happy if we fail. They're still behind us [in the table], apart from Man City. It's all okay, really.

"It's not like, 'wow, again!' We have to really work for it and the boys are ready and the whole club is ready for that. I was not sure against Newcastle if we could do it, but we did it. I'm absolutely proud."

That last-gasp victory, courtesy of a Divock Origi header, ensured the Merseyside club returned to the top of the table and would at least take the title race to the final day. However, a ​Citizens victory on Monday would see them return to the summit by a point.

The Reds are also on the back foot in their ​Champions League semi final against Barcelona, following Lionel Messi's heroics in the 3-0 win at the Nou Camp, but Klopp explained that, regardless of trophies, it has been a successful season.

"Whatever happens, it will be a very, very successful season and I'm pretty sure that all our supporters can see it like this," he urged.

"Before you start the season, the problem is already clear. You want to be champions, and the day when you realise you can't be champions, you're disappointed.

"Let's try to get 97 points and then we are ready for judgment."