Ole Gunnar​ Solskjaer suggested there will be major change to his Manchester United squad this summer, hinting that some players had played their last game for the club in Sunday's 1-1 draw with Huddersfield.

Failure to win at the John Smith's Stadium meant that the Red Devils will not be unable to finish in the Champions League places this season, after Chelsea beat Watford on Sunday, as Isaac Mbenza surprisingly cancelled out Scott McTominay's opener for Solskjaer's side.

​United will subsequently compete in the Europa League next term, scant consolation for what has been a very poor season for the club.

Solskjaer told ​Sky Sports after Sunday's draw with ​Huddersfield: "Over 90 minutes, we weren't good enough. We couldn't put our chances away when we could have finished the game off early on.

"We are where we are for a reason. Over a long season, we haven't been good enough to challenge for the Champions League places and today, we've ended up with the last hope being took away so it's not something that comes like a surprise.

"Today, we hoped to win the game and show a better performance."

After being handed his first Premier League start in two months, ​Alexis Sanchez was substituted early in the second half at the John Smith's Stadium. While Solskjaer refused to comment specifically on the forward's future, he suggest that some players could have played their last game for United.

"I can't talk about individuals now but there's a chance you've seen the last of players anyway," the United boss added. "There's always a chance it's a last time but I wouldn't say that about any individual now, I don't think that's fair.

"We've been chasing the pack now, we've been close and we're not that far away. But we shouldn't be talking about being far away from the top four at Man United. It's a fresh start next season, we need to really have a go because we want to get back into the top four. 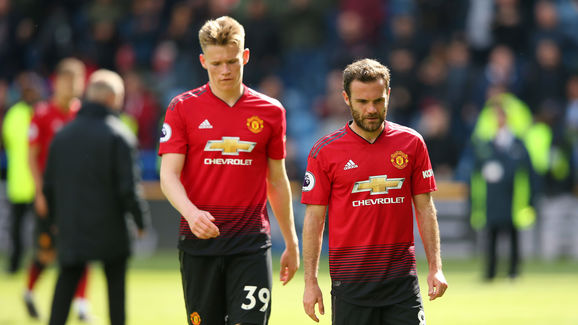 "We're many levels away at the moment [from Liverpool and Manchester City], but that's the size of the challenge and it's great challenge for us. I'm sure we're going to make it.

"Let's see how bad his [Sanchez's] injury is for now. Every player is always playing for their place in the team."