Manchester United: How the Red Devils' Defensive Struggles Are Holding Them Back From Progression

​Manchester United's top four hopes were dashed by relegated Huddersfield on Sunday, as the Red Devils suffered the ultimate punishment for their defensive woes.

The great United teams of the past under Sir Alex Ferguson are typically remembered for legendary attacking stars, but the defensive resolve which their iconic boss ingrained at Old Trafford was the backbone of the club's meteoric success under the Scot.

At present, ​United's backline lacks anything close to the imperious rear-guard staunchness which was last seen during the days of a Rio Ferdinand-Nemanja Vidic bedrock at the heart of defence.

This season, only ​Fulham and ​Huddersfield have kept fewer Premier League clean sheets than Manchester United, via ​Match of the Day, with the other two of that trio having been relegated from the division.

It is a far cry from the state of affairs which Sir Alex Ferguson left behind at Old Trafford, but it has been a result of a snowball effect ever since their legendary leader departed in 2013. 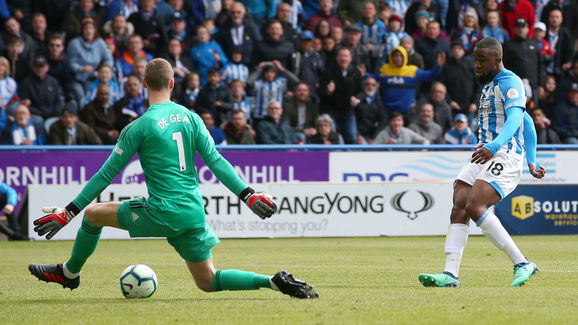 Of United's current defensive ranks, it is difficult to argue that the Red Devils possess the necessary quality to hold the fort at the back for a club of their stature, neither individually nor collectively.

A back four of Ashley Young, Victor Lindelof, Phil Jones and Luke Shaw started Sunday's 1-1 draw with Huddersfield at the John Smith's Stadium, with the broad expectation that the visitors would have little trouble containing a side which has been down and out for some time now.

However, the subsequent events panned out very differently to what had been anticipated. After taking the lead against the Terriers early on through Scott McTominay's strike on the seventh minute, United sunk into the comforts of their initiative rather than capitalising on it.

At least Man United fans still have Man City to follow for the next week or so.

Ole Gunnar Solskjaer's side failed to take control of proceedings in the middle of the park, whilst ​Marcus Rashford and ​Alexis Sanchez led an attack which completely lacked the required spark and cutting edge to make the afternoon more comfortable for their side.

More concerning, though, was the fact that the visitors appeared vulnerable at the back every time Huddersfield ventured forward.

Isaac Mbenza appeared to fancy himself in using his pace and direct bursts forward to threaten a United backline which completely lacked shape, cohesion and composure, and the forward was duly rewarded as he burst clear of the visitors to slot home the equaliser. 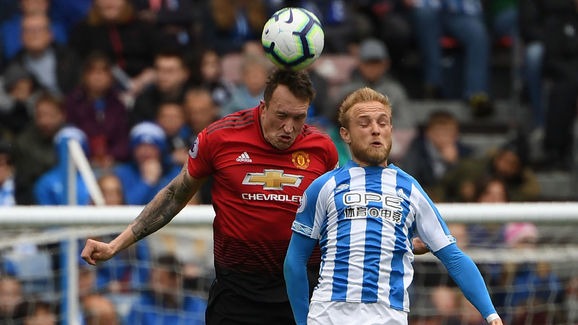 United's players have been intensely questioned in recent weeks over their lack of commitment, desire and will to justify their place at one of Europe's biggest clubs. A lack of quality has cost them their place in next season's Champions League, but the issues reach beyond the short-term.

Perhaps the biggest concern of all is that, at present, the club appears to lack the direction and collective resolve that is required to compete in the Premier League, and their dismal defending is the clearest representation of what is a much broader problem within the club.