​Liverpool manager Jurgen Klopp has revealed that Mohamed Salah seems to be fine after suffering a head injury against Newcastle on Saturday evening, although the forward will undergo further tests to make sure.

During the second half of the Reds' dramatic 3-2 win over Newcastle United, Salah collided with goalkeeper Martin Dubravka and was left on the floor for several minutes. He was ultimately stretchered off the field, although he was conscious as he left the game.

Speaking to ​Sky Sports after the match, Klopp insisted that ​Salah was fine soon after he left the field, but added that they must wait to be certain he has recovered.

"He was sitting in the dressing room watching the game, so he was then fine, but, of course, we have to wait because he got a proper knock in that situation." 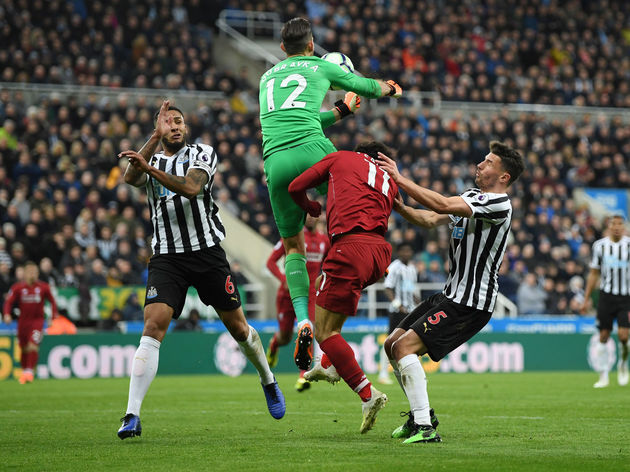 As a result of the injury, Salah is now a major doubt for Tuesday's Champions League semi-final second leg against Barcelona. Liverpool are already 3-0 down from the first leg, and may have to fight for their lives without their top scorer.

The 26-year-old may also miss the Reds's final game of the season against Wolverhampton Wanderers, which would certainly come as a huge blow to their Premier League title aspirations.

Should ​Manchester City beat​ Leicester City on Monday, the Citizens would re-establish their one-point lead at the top of the league table, with just one game to play.

With Roberto Firmino also out for the remainder of the season, Klopp will be forced to turn to the likes of Xherdan Shaqiri, Daniel Sturridge or Divock Origi, who netted his side's winning goal against Newcastle to keep them in the title race.