​Crystal Palace manager Roy Hodgson has praised his side for their hard fought win after the Eagles beat Cardiff 3-2 on Saturday afternoon.

The Eagles won thanks to goals from Wilfried Zaha, Michy Batshuayi and Andros Townsend, after the hosts scored through Bobby Reid and an own goal from Martin Kelly. The win sealed Cardiff’s relegation to the Championship, and saw Palace move closer to 11th place.

Speaking after the game, Hodgson gave his thoughts on his side’s win. As quoted on the club’s official website, he said: “It was an exciting game as well, and although I thought we spurned quite a few chances which the quality of our play had managed to produce.

“I have got to say that over the 90 minutes, our performance, our creation of really good goalscoring opportunities, and the way we went about our business as well was really good.”

​Crystal Palace secured their third away win in a row, following wins on the road over ​Arsenal and ​Newcastle last month. The Eagles remain 12th in the Premier League, and now sit three points off 11th placed London rivals ​West Ham. 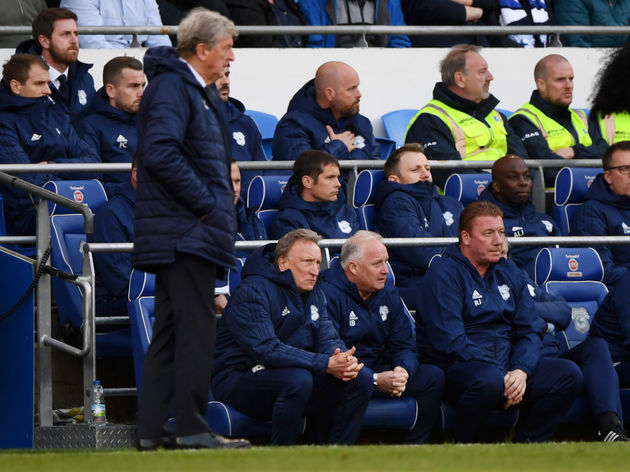 It was a must-win game for ​Cardiff, who knew that defeat would seal their relegation. Despite fighting hard at the Cardiff City Stadium and battling until the end, it wasn’t enough for the Bluebirds as they were officially relegated to the ​Championship.

Speaking about their opponents, Hodgson said: “Cardiff were never out of it, and there was always that risk that they would get a strike away and score, as we saw right at the end of the game - there had been two or three warnings of that goal coming before he actually scored it.”

He added: “When you play these games, you're playing a team that is going to be fighting to the death; Cardiff have fought very, very hard in every game throughout the season.” Palace travelled to south Wales with nothing to really play for, having secured their safety last month. It has been another successful season for Hodgson, who is set to conclude his second season as Eagles manager.

Crystal Palace face their final game of the season next Sunday, as they return to Selhurst Park to host ​Bournemouth.