​Southampton manager Ralph Hasenhuttl has said that his side’s energy was ‘okay’ as they lost 3-0 to West Ham on Saturday afternoon.

The Saints were beaten by goals from Marko Arnautovic and Ryan Fredericks, as they failed to score for the first time in ten games. They remain 16th in the table after four games without a win, though they confirmed their Premier League safety last weekend.

The hosts take all three #PL points on a disappointing afternoon here at London Stadium : pic.twitter.com/u1FVSl2wqG

Speaking after the game, Hasenhuttl gave his thoughts on his side’s defeat. As quoted on the club’s official website, he said: “The energy the guys put on the pitch was okay, we worked hard while we were 1-0 down but after two, it was a long way to go.

“The guys knew they did not have the energy left to turn the table again from that position.”

It was a lacklustre opening half from ​Southampton, who failed to register a single shot on target. Though their second half performance did improve, they still only managed one shot on target in a frustrating attacking performance. 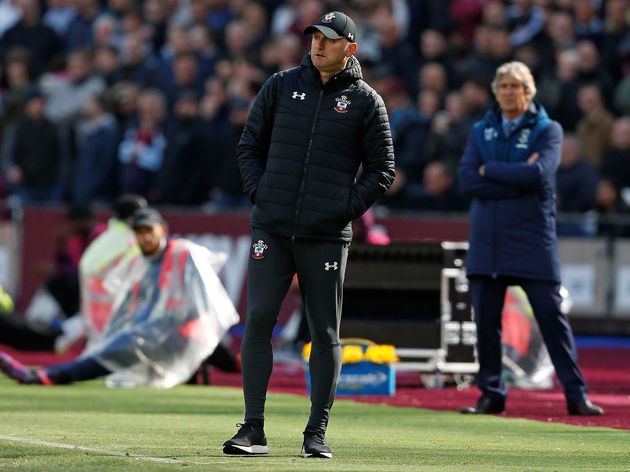 Further reflecting on the game, Hasenhuttl said: “If you are one down in such a game, it is not easy to find a way back. In the second half we tried everything, and in the first 20 minutes of that we made a lot of chances.

“If we had scored there, we could have turned the table but in the end, there was not enough power in our game and against the ball to take something from West Ham.”

While it was a disappointing defeat for Southampton, they will be thankful that they already secured their safety last week. The final relegation spot was taken up later in the day, as ​Cardiff’s fate was sealed in their 3-2 defeat to Crystal Palace.

He added: “I think we saw today that the last week and the last months have cost a lot of energy for this team, mentally and physically.”

🗣 "Mentally and physically, the survival efforts cost us today..."

Get the reaction of #SaintsFC boss Ralph Hasenhüttl after the #PL defeat to #WHUFC:

Southampton conclude their season next Sunday at St. Mary’s, when they welcome already relegated Huddersfield to the south coast.