​Liverpool forward Mohamed Salah was forced off the pitch against Newcastle United on Saturday with a suspected head injury.

The Egyptian forward, who scored Liverpool's second goal of the match, had to be taken off on a stretcher following a collision with Newcastle's 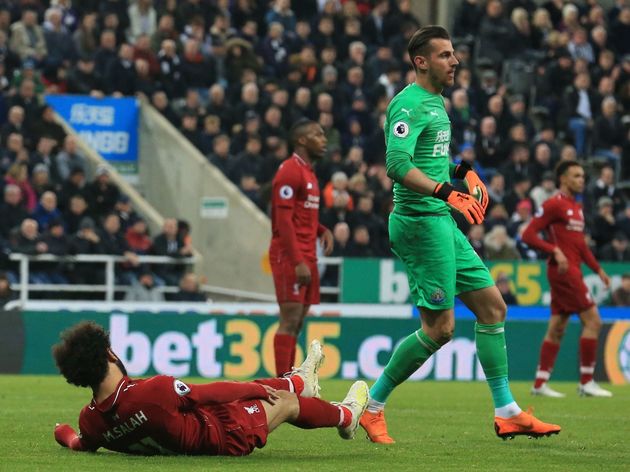