West Ham secured back to back league wins for the third time this season, as they beat Southampton 3-0 on Saturday afternoon.

Marko Arnautovic broke the deadlock after 15 minutes, as he put West Ham in front with his first goal in four months. Mark Noble played him through on goal with a wonderful pass, as Arnautovic slotted home to give the Hammers the lead.

West Ham should have extended their lead before the break, but Manuel Lanzini and Michail Antonio were unable to capitalise on their dominance. Southampton came out much improved in the second half, with Lukasz Fabianski having to push Nathan Redmond's volley over the bar.

However, Arnautovic finally doubled the hosts' advantage soon after, as he headed in from about a yard out. Fraser Forster could only push Arthur Masuaku's cross into the path of the Austrian, who headed home to record his first brace since 2 January.

Ryan Fredericks made sure of the three points three minutes later, as he struck the ball into the bottom corner. The defender played a nice one-two with Jack Wilshere, before firing the ball into the far corner to secure the win for Manuel Pellegrini's side.

Here's how it all unfolded. Though they should've gone into half time with a greater lead, they finally put the game out of reach with two goals in three minutes in the second half. It was an excellent performance from West Ham, who earned a thoroughly deserved victory in their final home game of the season.

Though Arnautovic will deservedly earn plaudits for his two goals, captain Mark Noble was undoubtedly the man of the match. His work rate was outstanding and he fought hard in the middle of the pitch, winning every challenge and pulling off some outstanding tackles. It was another exemplary performance from the Hammers skipper, who also registered his fifth assist of the season. Noble earned a standing ovation as he was brought off late on, as he produced another superb performance in a strong season.

Southampton were very vulnerable at the back, as they were cut open by Arnautovic's opener and on numerous occasions by the hosts. It means that the Saints have now conceded seven goals in their last three games, with just one league clean sheet in their last nine outings. 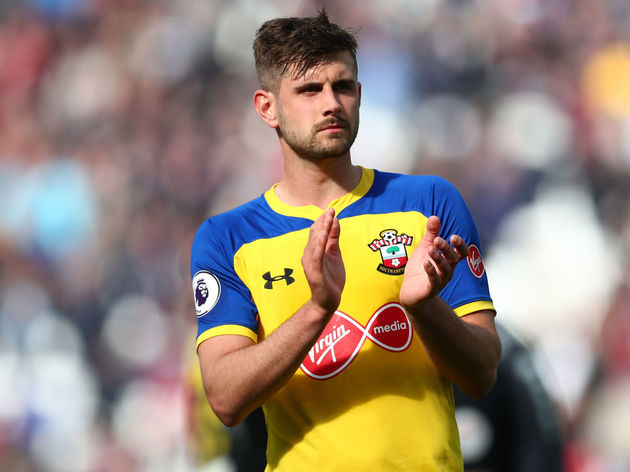 Despite only coming on at half time, Nathan Redmond was very good on Saturday. He rejuvenated Southampton's performance with a burst of energy in attack, and although it came to no reward, he produced a decent performance in a 45-minute cameo.

Southampton playing really well at the start of the second half at West Ham, and that is largely down to Nathan Redmond coming on at half time. This underlines the fact that Redmond has been #SaintsFC's player of the season.

With West Ham unable to reach seventh and Southampton safe from relegation, next week's final day will be nothing more than a pleasant, celebratory occasion for both sides.

West Ham make the short trip up to Hertfordshire next Sunday, as they face Watford at Vicarage Road. Meanwhile, Southampton conclude their season at St. Mary's, with the visit of already relegated Huddersfield.