​Liverpool manager Jurgen Klopp has downplayed what effects their midweek defeat to Barcelona might have on their push for the Premier League title.

The Reds suffered a 3-0 defeat in the first-leg of their Champions League semi-final, although their attention must now turn to their league game against Newcastle at St. James' Park, where a win will see them go top. While the destiny of this season's ​Premier League title remains in the hands of ​Manchester City, who currently boast a one point lead over the Reds, Klopp is insistent his side will fight until the end.

"These boys deliver and deliver and deliver — and that is amazing. Yes, it’s true, when you state it like this, in the next week we could end with nothing. Of course we know we can win our Premier League games and still it is not 10 per cent in our hands.

"But we don’t really think in this way. A lot can happen in the next week, but we didn’t think further than the next game (all season) so why start now?"

Despite the 3-0 loss at Camp Nou being the joint-heaviest defeat ​Liverpool have suffered in the ​Champions League, Klopp has also backed his side to pick themselves up following the midweek disappointment to end a "special season" on a high. 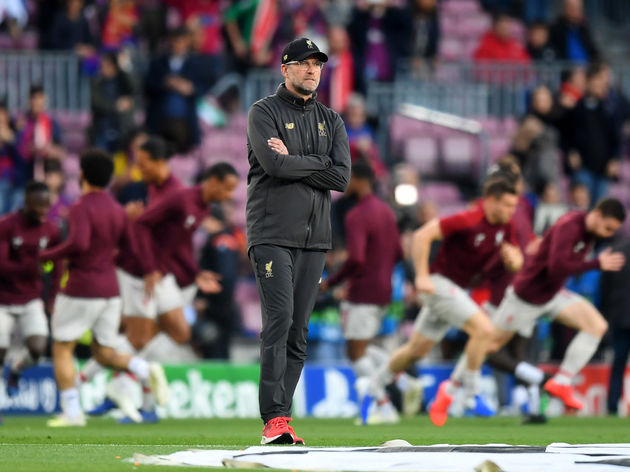 "When you are in a race and you can see you can win it, you don't get tired. You get the boost, like an extra tenth [of a second] and you find something.

"When we flew home from Barcelona it was all okay. The boys were already completely in the Newcastle game, 100%. We didn’t have to pick up players and give them a hug - that's in us.