​Chelsea midfielder Ruben Loftus-Cheek is poised to sit down with the club's hierarchy and discuss a new contract in a bid to keep him at Stamford Bridge.

Loftus-Cheek endured a difficult first half to the campaign under new boss Maurizio Sarri, which almost saw him leave the club on loan in January amid interest from a host of Premier League rivals. 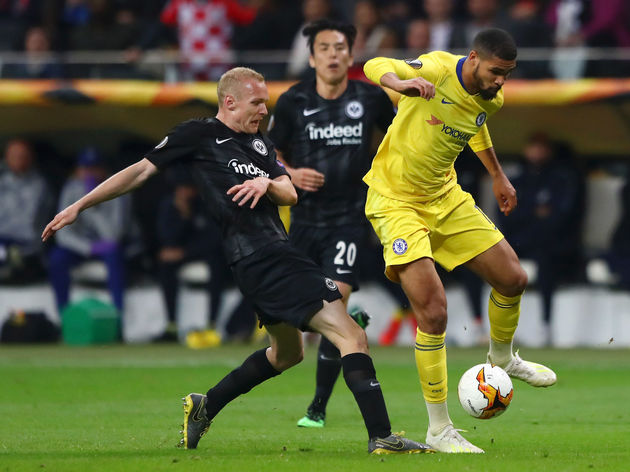 The England international, however, has since become an important player for the Blues, so much so that ​The Sun claim that they're keen to open contract talks with the midfielder.

​Loftus-Cheek's current contract at Stamford Bridge is set to expire in 2021, although the club want to avoid another situation similar to that of Callum Hudson-Odoi and tie down the academy graduate to a long-term deal.

The 23-year-old, who was part of the England squad that reached the semi-finals of the World Cup last summer, has appeared in ​Chelsea's last 13 ​Premier League games, while he provided the assist for Pedro's equaliser during their Europa League semi-final first-leg last time out.

The midfielder has certainly taken the opportunity afforded to him by Sarri, which has resulted in an impressive tally of eight goals and five assists in all competitions this season, with captain ​Cesar Azpilicueta predicting a bright future for him.

"He's come from Crystal Palace after having a good loan there. He came to Chelsea after the World Cup and the manager trusted him, but due to a few back problems he couldn't get the rhythm of being involved in the team every week. "But since he has been doing this, we have seen an improvement, his confidence in space is very good. He is very strong.