Premier League Fantasy Football: Who's Hot and Who's Not in Gameweek 37

After months of thrills and spills and many, many twists and turns, we're in the final furlong. Time to get the notepad, take notes and see who's red hot as you steam towards the finishing line.

Ederson: Manchester City want the title and it's almost in their grasp. Two more wins and they will secure back-to-back crowns for Pep Guardiola. Next up? Leicester at the Etihad. Have no fear though fantasy fans, the cool, composed Brazilian has got your back. That's what fantasy players think in any case, with Ederson the most transferred in goalkeeper of the week.

Vicente Guaita: Also attracting plenty of attention from the punters is Crystal Palace's number one stopper. A trip to relegation threatened Cardiff is on the agenda this weekend and that's led many to back the £4m signing from Getafe. Are you one to go against the fantasy form guide? The ball is in your court. Ben Foster: A fantastic overall season counts for little when you're travelling to Chelsea this weekend, and that's perhaps why Foster finds himself at the bottom of the goalkeeping pile this weekend. He's been in great personal form for the majority of the campaign, but clean sheets are what you need at this stage of proceedings - and he may not offer you one this week.

Lucas Digne: We all know that set pieces often decide games, with the delivery from a corner or free-kick needing to be put spot on at the highest level. One man who has honed his craft in this department is Everton's Digne. Add some quality crossing ability and insatiable thirst for getting forward and suddenly you have the makings of a dream fantasy football defender. Burnley at Goodison Park looks appetising too.

Luke Shaw: Manchester United have been in pretty shocking form recently, but check the fantasy statistics and you'll find Shaw is the second most transferred-in defender this week. Why on earth might that be you wonder? Oh, they have Huddersfield this weekend. Makes sense really. Shane Duffy: Nobody likes a price drop at the best of times, but especially when it's crunch time at the end of the season. That unwanted tag has unfortunately been bestowed upon Duffy this week, with Brighton's inability to keep clean sheets in seven out of their last eight games. They face Arsenal and Manchester City to finish their season....uh oh.

Diogo Jota: Wolves have been sensational this season, make no mistake about it. One major contributing factor to their success has been the form of former Atletico Madrid winger Diogo Jota. Able to play out wide or up front, he's acted as the perfect foil for Mexican striker Raul Jimenez, netting nine goals and contributing eight assists. When Jota score, Wolves win - and they have Fulham at home this weekend....appealing much?

​Mohamed Salah: Liverpool are on 91 points and are in second place in the Premier League. Just let that sink in for a moment. Now that you have, let's refocus our attentions to their two remaining league games - Newcastle and Wolves. Not the easiest by any means, but Jurgen Klopp's men are hungry for success - and Salah is hungry for the Golden Boot. Time to back the Egyptian superstar. 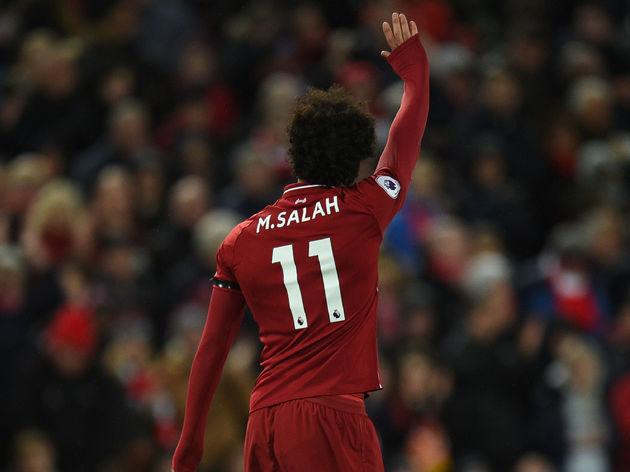 ​Son Heung-min: Tired, jaded and perhaps running out of a little bit of steam. Probably a fair assessment of Son, given the amount of football he's played this season for club and country. He looked weary against West Ham last weekend and as a result, is the most transferred out midfielder of the week. They do have Bournemouth this weekend, though, and you never know what you're going to get with Eddie Howe's side. Will be an interesting spectacle at least.

Callum Wilson: Few players have had as big an impact on their club's fortunes this season as Bournemouth striker Wilson. He's got 14 goals and 12 assists to his name, racking up a hugely impressive 164 points in the process. Pretty good going for a player who has missed seven games this season through injury. He's in-form, in favour and this week's most picked forward.

​Sergio Aguero: Do we really need to say any more? City are trophy hunting, Aguero is the main man and a home game at the Etihad awaits against Leicester. The Argentine scored four here against the Foxes last season in a resounding 5-1 win - time for history to repeat itself? Salomon Rondon: Sometimes the rub of the fixtures green goes against you, and that's certainly how Newcastle will feel this weekend. They've been pretty handy of late, but welcome title chasing Liverpool to St James' Park this weekend. Not ideal when you're without a goal in your last five games - perhaps time to swap Rondon out, if you haven't already.