With the FA Cup final held at Wembley every year in front of crowds that have grown annually, this season's game promises to be the biggest yet.

Parris, who was named FWA Women's Footballer of the Year at the end of April, was part of the City side that lifted the cup in 2017. But Kmita and West Ham are there for the first time.

Growing up in Toxteth, Liverpool, Parris tells the story of how she first fell in love with football at the age of seven after kicking a ball at home until a neighbour took her to play at a local park.

"Growing up, I used to play football in my mum's garden before I joined my neighbour's under-9s team," Parris said. "It's surreal to think of those memories and to now be playing at Wembley.

"When I walk out onto the pitch I will take in the whole atmosphere - it's one of the biggest moments of my career and I'll cherish the memory for the rest of my life." Kmita's journey, meanwhile, began in Enfield, north London, and she credits her father as the reason why she plays football after playing for hours in the park.

"It's been an incredible journey, getting here. My dad was definitely the reason I play football. He would always take me and my sister to the park to play. We'd go there and practise for hours, just doing what we loved and kicking the ball about.

"To be at Wembley, in front of thousands of fans, is something every football fan dreams of. I never thought I'd be experiencing moments like this." 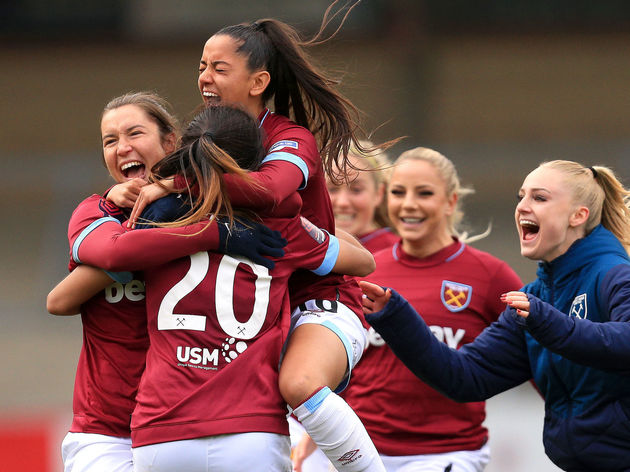 The showdown between Manchester City and West Ham United at Wembley Stadium connected by EE kicks off at 5.30pm on Saturday 4 May. £15 for adults & kids go free, for tickets visit www.TheFA.com/tickets

A dedicated Fanzone at Boxpark Wembley will open from 1pm with activities for fans of all ages including football freestylers and face-painting, whilst DJs will keep the crowd entertained and build excitement ahead of kick-off.