​Cardiff City midfielder Victor Camarasa has been linked with a move to a number of Premier League clubs this summer, including West Ham United and Tottenham Hotspur.

The Spaniard has impressed during his loan spell at the Cardiff City Stadium and although his current club may not avoid the drop to the Championship, Camarasa could remain in the top flight next season. 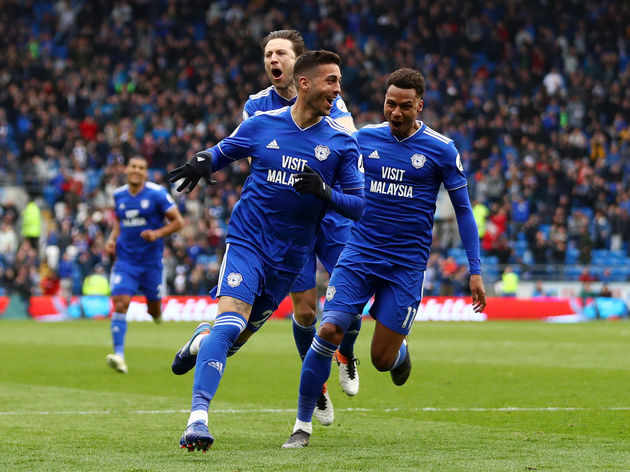 According to the Leicester Mercury via Spanish outlet ​Estadio Deportivo, ​West Ham and ​Spurs are both interested in the 24-year-old owned by Real Betis, who are said to be listening to offers of around £17m this summer.

Manuel Pellegrini in particular is looking to strengthen his midfield and at less than £20m, Camarasa could be an astute purchase with proven Premier League experience.

​Leicester City are also rumoured to be keeping tabs on the midfielder, who is currently ​Cardiff's top scorer this season with five goals.

Saturday is the last time we see Aron Gunnarsson, Harry Arter and Victor Camarasa play for Cardiff City at the CCS. pic.twitter.com/HYeYQVNT67

Camarasa has been the Bluebirds' standout performer in the Premier League, with strikes against ​Arsenal, ​Chelsea and ​Manchester United proving that he belongs at the highest level.

He has become a fan favourite in the Welsh capital thanks to his role in Cardiff's valiant survival fight - a last-gasp wonder goal from range against Leicester the indisputable highlight - but Neil Warnock knows that it would be extremely difficult to sign Camarasa permanently.

With two games remaining, Cardiff are four points from safety and need a small miracle to stay in the division, with a trip to Old Trafford to face Manchester United on the final day of the season.