​Niko Kovac is preparing his Bayern Munich team for their fixture against rock bottom Hannover on Saturday afternoon, with his side looking to extend their lead at the top of the Bundesliga.

Bayern had a glorious opportunity to get one hand on the ​Sven Ulreich (GK): A slight cause for concern for Bayern is the injury to captain Manuel ​Neuer. His deputy Ulreich has started five games this season, but he has only managed to keep one clean sheet.

Joshua Kimmich (RB): Regarded as one of the best right-backs in the world, Kimmich has been a consistent player for Bayern throughout this season. He will be looking to join in with attacks on Saturday and add to his impressive tally of 11 assists so far this season.

Niklas Sule (CB): The German international will continue at the back for Bayern, whilst Jerome Boateng is missing through injury. He may have a quiet afternoon, but will need to be sharp on the odd occasion he is called upon.

Mats Hummels (CB): Although he is not quite the same player he was a few years back, Hummels is still integral to the Bayern defence. On what is likely to be a pedestrian afternoon for the centre-back, he may look to cause problems for Hannover defence with his aerial threat from set-pieces.

David Alaba (LB): Despite a few injury problems in March, the Austrian has started every game in the month of April and will continue to do so against Hannover. 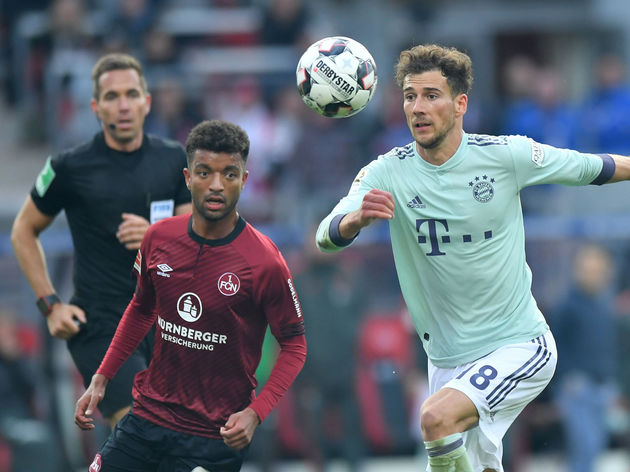 Thiago Alcantara (CM): The former Barcelona midfielder is the man who makes Bayern tick. His ability to transition play from attack to defence is an asset Bayern rely on and will continue to do so against Hannover.

Javi Martinez (CM): The Spaniard has been in and out of the team this season. His relationship with Thiago has been more fruitful since the turn of the year and therefore Martinez is likely to keep his place once again.

Leon Goretzka (CAM): Goretzka has impressed in the last two fixtures and even picked up a goal as a substitute against Fortuna Dusseldorf. The German international can expect to line up just behind the striker on Saturday afternoon. ​Thomas Muller (RW): With ten assists to his name so far this campaign, ​Muller will look to form a deadly assisting partnership with his right-sided team mate Kimmich. The pair will look to cause havoc down the Hannover left whenever possible.

Kingsley Coman (LW): The Frenchman's absence through injury in the first half of the campaign was a big miss for Bayern. The team's turn in form in 2019 could be attributed to Coman's return to the team.

Robert Lewandowski (ST): Despite turning 30 at the start of this season, Lewandowski's form has certainly not dipped. With 37 goals in all competitions so far this season, the Pole will be looking to add to his tally against a struggling Hannover side.