Arturo Vidal: The Misinterpretation of the Most Complete Player of His Generation 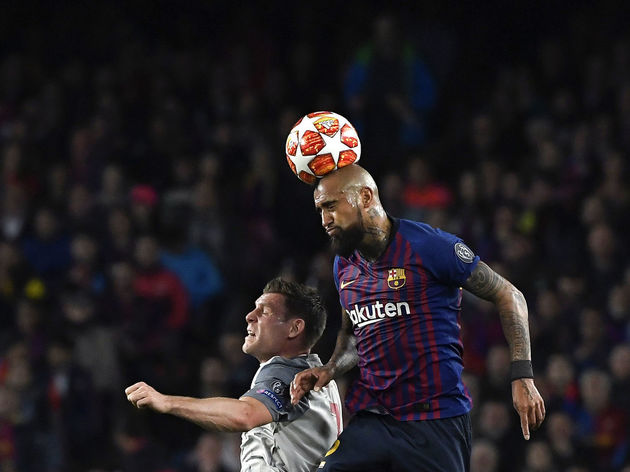 So most people just looked at you like you had two heads didn't they?

A fair few of the others asked you to leave them alone didn't they?

An old woman asked you for directions to the city centre instead of answering the question didn't she?

An old man told you about his snooker club didn't he?

But you did in fact find one person walking the streets, wearing a 2006/07 Liverpool home shirt with Mark Gonzalez on the back (remember him? God he was awful), who actually answered you. And he replied with the expected:

'Aw mate he is a warrior with a great mohawk.' We'll overlook the fact that he answered with more than one word - for it is nice that he even answered you - and the fact that he is definitely right about the mohawk; Vidal's mohawk has had an incredible consistency over the years. The word that stands out from the Mark Gonzalez ultra's answer is 'warrior'.

In the eyes of most football fans, Arturo Vidal is a 'warrior.'

A player who became a highly sought after commodity around Europe due to his superhuman lung capacity, rather than his actual technical ability.

A player who may not score many goals or create many chances for his teammates, but will - and has (as his mangled knee attests) - put his body on the line for his team.

Nothing more. Nothing less.

But this interpretation of Vidal's game has prevailed in the conscience of football fans across Europe because it is the truth (spoiler: it's not the truth). MIS 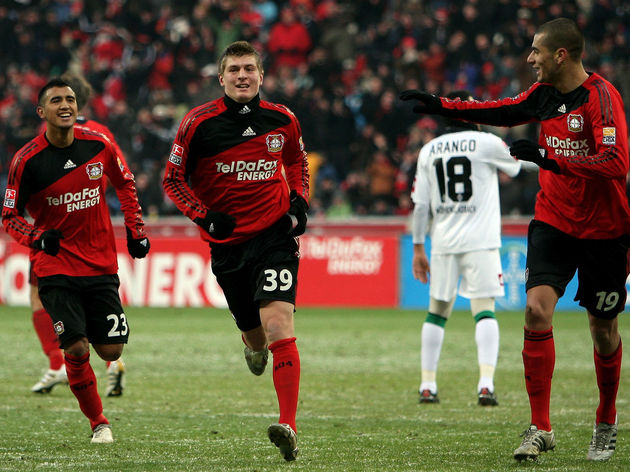 Vidal is the 'warrior' who deputises for Arthur Melo at Barcelona when legs are needed in the midfield.

Vidal is a stereotypical 'warrior' from South America.

As well being an industrious midfielder at Bayer Leverkusen, Juventus, Bayern Munich and Barcelona, Arturo Vidal has proved time and time again that he is also an extremely potent offensive outlet. Granted one of those goals was actually a slide tackle, but the majority of the others were great exemplifications of his technique.

A 25-yard full volley against Torino here; a deft outside of the foot flick against Sampdoria there.

And five years on, and a myriad of almost career ending knee injuries later, the now 31-year-old midfielder is as effective as ever in the final third - assisting six La Liga goals despite not being a regular starter at ​Barcelona. Despite all of this evidence that Arturo Vidal is more than a mere 'warrior' however, it's still the prevailing interpretation of his game.

Perhaps Vidal is simply a victim of playing alongside generationally gifted playmakers.

'A victim? How can he be a victim? Look at his trophy cabinet!'

I know, I know, it's hard to grasp the fact that Vidal is a 'victim' of playing alongside Toni Kroos, Andrea Pirlo, Bastian Schweinsteiger etc. because, well, just look at those aforementioned names, it would be a dream to play in a midfield with any of those players. However, due to playing with so many technically gifted midfielders, Vidal's technical prowess has often been overshadowed. Ever since Vidal made his move from South America to Europe, the shadow of these generationally gifted playmakers has been cast over his on-the-ball ability.

Therefore, the Chilean has had to become known for the traits that make him different from the Pirlos and Kroos of this world.

Unlike Pirlo and Kroos, he is a 'warrior'.

That's the first thing people think of when they think of Vidal.

But it's also led to Vidal being widely underrated.

It's what has led to Vidal's actual footballing ability being disregarded. And it's what will lead to the most well-rounded, complete footballer of his generation being misunderstood, misinterpreted, and sadly, misremembered.