​Borussia Dortmund travel to the Weser Stadium on Saturday evening to take on mid-table outfit Werder Bremen as they continue their hunt of Bayern Munich at the top of the Bundesliga table.

Dortmund's title hopes were dealt what seemed like a fatal blow last weekend after their 4-2 defeat at home to Schalke in the Ruhr derby. However, they were let off the hook as Bayern could only muster a draw against second-bottom Nurnberg, giving Dortmund an extra lifeline in the title race. Lucien Favre's side cannot afford any more slip ups if they want to close the two point gap to the top and they will need to start by taking all three points in Saturday's tricky away fixture.

Bremen have performed solidly throughout the campaign, particularly in 2019 where they were unbeaten in the league up until they faced Munich towards the end of April. Two defeats in a row have now put their hopes of a Europa League place to bed and Dortmund will be hoping to capitalise on their recent form on Saturday.

Check out ​90min's preview of the game below:

Bremen will be without regular centre-back Niklas Moisander as the Finn serves a one-game suspension for the accumulation of yellow cards this season.​ Former Everton midfielder Davy Klaassen came off with a knock in the last game and is a doubt for this Saturday evening fixture.

Elsewhere, Milot Rashica has been struggling with a hip injury of late and his fitness will be assessed by his medical team in the lead up to the game. Given the injuries 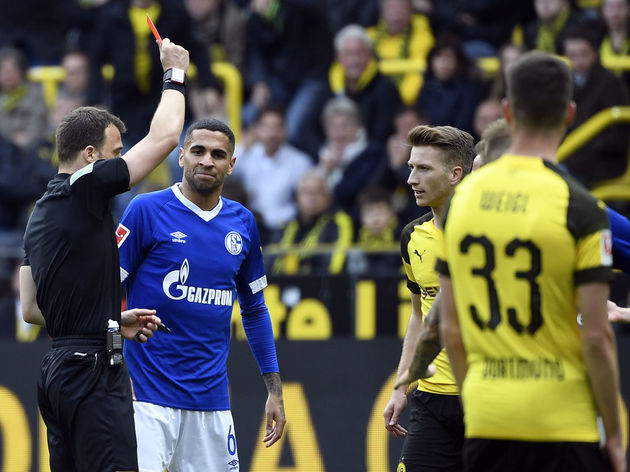 These two sides met in the DFB Cup earlier on this year and it was Bremen who caused an upset to knock BVB out on penalties. Favre's side had been leading 3-2 in extra time, only for Martin Harnik to equalise in the 119th minute to send it to penalty kicks. 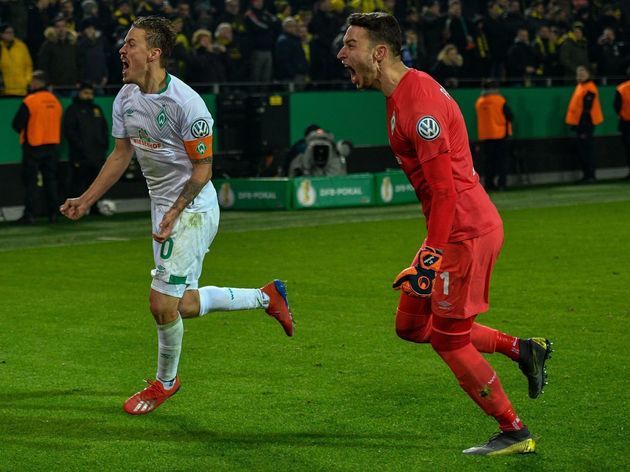 Dortmund did, however, win when the two sides met in the league in December and will be looking for a repeat of that on Saturday to get revenge for their DFB Cup exit.

BVB have the better ​record in the history of this fixture, winning 23 of the 43 meetings between the two clubs. One of the classic clashes came in 2017 in a thrilling 4-3 victory for Dortmund which was finished off with a ​Pierre-Emerick Aubameyang 89th minute winner.

As alluded to previously, Bremen had been unbeaten in 2019. That was until two defeats in the league either side of a DFB Cup semi-final defeat to ​Bayern in their last three outings. Two of those losses did come at the hands of the table-toppers, but their last match ended in 4-1 defeat to Fortuna​ Dusseldorf against whom they would hoped to have been more competitive.

Despite the sore luck of recent weeks, Bremen can still look back on what has been a progressive season. They will hope to finish the campaign with a few good results and take some positivity into the start of next season. Dortmund, on the other hand, have come up short in their recent big games. Defeat in the Ruhr derby as well as a 5-0 drubbing from Bayern a few games prior suggests that they crumble on the big occasions. However, every game between now and the end of the season will be huge and Favre will need to find a way to get his team to stand up to the challenge.

BVB will need to channel the spirit from their previous away fixture away to Freiburg, where they ran out emphatic 4-0 winners.

Bremen have been solid at home this season, losing just three games at the Weser Stadium - none of which have come in 2019. They will have to contest with the absence of a few key players, but can count themselves lucky that Dortmund are in a similar situation.

BVB had a huge let off last weekend as Bayern failed to punish them for their defeat, thus allowing them to dream on for a little longer. With Reus out, Favre will have to change the make up of his front four, which could go one of two ways.

Either the forwards won't gel in time and struggle to create any chances; or the changes bring a freshness to the attack and Dortmund find a new lease of life. BVB have been shaky of late and won't be strong favourites for this tie. But with the injuries and suspensions faced by Bremen, and the hangover the home side may still be suffering following DFB Cup defeat, it looks like Dortmund could just edge this game.