​Crystal Palace travel to Cardiff on Saturday afternoon, as they look to make it three wins from their last five games.

The Eagles are assured of Premier League survival this season, having secured their status earlier this month. However Cardiff are still battling relegation, and a win for the south Londoners at the Cardiff City Stadium would seal their hosts' relegation to the Championship.

Manager Roy Hodgson is without four players, as Mamadou Sakho, Pape Souare, James Tomkins and Jeffrey Schlupp all out injured for the remainder of the season. However there are no fresh injury concerns for Palace manager Roy Hodgson, who will be looking for a win this weekend. Vicente Guaita (GK) - Guaita will once again start in goal, his 23rd appearance of the season. Since assuming the number one spot the Spaniard has been outstanding, keeping seven league clean sheets to go level with the likes of ​David de Gea.

Martin Kelly (CB) - Kelly should make up one half of the centre-back partnership as usual, as he continues to start at the back. Though his 18 appearances mean he's played less than anyone else in this defence, he remains a key part of the Eagles' back line.

Scott Dann (CB) - It should be Dann who is chosen to pair up with Kelly, as he plays for just the 13th time this season. The 32-year-old has also been an asset at the back for Hodgson, and will hope to help the south Londoners register their 13th clean sheet of the ​Premier League season.

Patrick van Aanholt (LB) - It will be Van Aanholt to play at left back, as the Dutchman completes Palace's back four. The 28-year-old has three goals and two assists this season, as a goal from him on Saturday could help relegate a team from the Premier League for the fourth time. 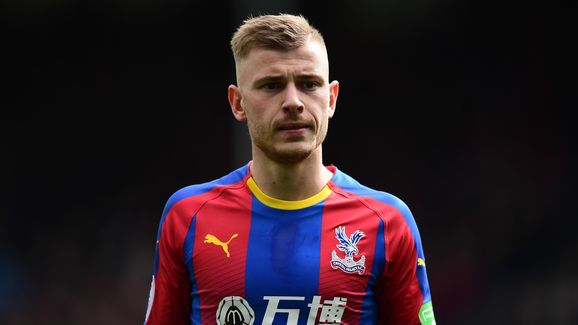 James McArthur (RM) - McArthur should be deployed as a right midfielder at the Cardiff City Stadium, as he has been so often this season. The Scottish midfielder has played 38 times throughout the campaign, amassing three goals and five assists in the process.

Luka Milivojevic (CM) - Crystal Palace's captain and top goalscorer this season, Milivojevic will sit at the heart of the midfield on Saturday. The Serbian has led by example throughout the campaign, with 12 goals and three assists for the Eagles.

Cheikhou Kouyate (CM) - Kouyate will play alongside Milivojevic in south Wales, as he makes his 37th appearance of the season. Since signing from London rivals ​West Ham in the summer, the Senegalese has settled well into life in south London and has flourished under Hodgson.

Max Meyer (LM) -​ Meyer should play to the left of Kouyate and make up Palace's midfield this weekend. The German has made 34 appearances since joining from ​Bundesliga side ​Schalke, as he prepares to feature for the fourth league game in a row for the Eagles. 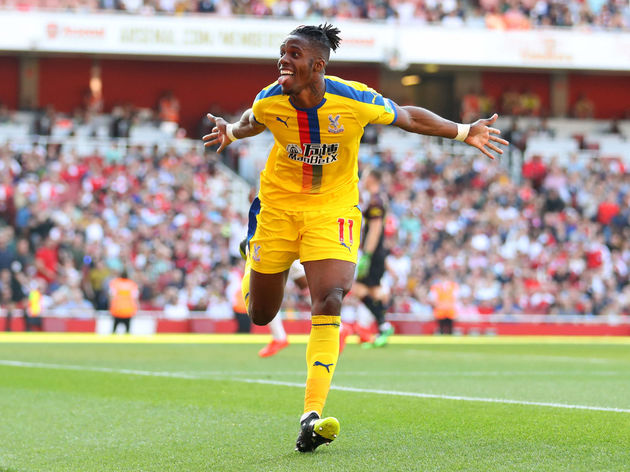 Wilfried Zaha (FW) - It will be a momentous game for ​Zaha, who returns to Cardiff for the first time since he spent time on loan there back in 2014. The Ivorian forward has been in brilliant form recently, with six goals and five assists in his last 15 league appearances.

Christian Benteke (FW) -​ Benteke should partner Zaha up front on Saturday, as he hopes to replicate his performance against ​Arsenal. After spending the majority of the season on the sidelines with a knee injury, the Belgian got a goal and an assist in the ​3-2 win last month.