​Tottenham Hotspur have had a £38.6m bid for Portuguese wonderkid Gedson Fernandes rejected by Benfica.

Fernades graduated from the Lisbon-based side's B team last summer, and he has gone on to make 44 appearances across competitions, collecting three goals and six assists. 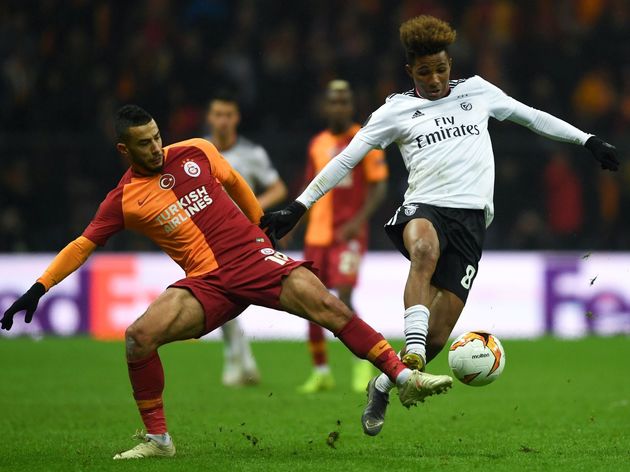 Impressed by the 20-year-old's incredible progress, according to Portuguese outlet ​CM Journal, the Premier League outfit submitted a bid worth €45m (£38.6m) to the Liga NOS champions.

However, it is understood the Eagles have rejected this offer, with the figure deemed below the club's evaluation of the precocious playmaker. As of yet, it is unknown whether Mauricio Pochettino's side will be lodging an increased bid this summer in response to this rejection.

The club have been dearly lacking in central midfield options since Mousa Dembele was sold to Chinese Super League side Guangzhou R&F FC, and never was this highlighted better than in ​Spurs' Champions League semi final first leg defeat to Ajax on Tuesday night.

Speaking to ​beIN Sports, former Chelsea manager Ruud Gullit highlighted this issue, exclaiming: “A lot of Tottenham players were disappointing, because I see them every week in the Premier League. ​Dele Alli, oh my God, technical wise, was so bad. Wanyama, my God."

How much hope do you give Spurs of making the Champions League Final?  https://t.co/rP0HRYse1I

Despite Moussa Sissoko's herculean efforts, the Lilywhites lacked a clear cutting edge, something which Fernandes could potentially bring from the centre of midfield.

Nevertheless, the north Londoners record transfer fee remains the £42m dished out for Ajax centre back Davinson Sanchez back in 2017 and, despite all his promise, Gedson remains a somewhat unknown quantity.