​Aaron Ramsey appears to have played his last ever game for Arsenal, following a hamstring injury which he picked up during the club's Europa League quarter-final match against Napoli.

The 28-year-old was forced off the pitch at the Stadio San Paulo after appearing to overstretch for the ball, an injury which has already seen Ramsey miss three games in the Premier League for Arsenal.

But the Welshman has now been told that he won't be able to have a fairytale farewell in north London, with The Sun claiming Ramsey has already been informed about the severity of his injury by specialists. There had been hopes that Ramsey would return in time for this season's Europa League final on May 29, where Arsenal will either face London rivals Chelsea or Eintracht Frankfurt if they can get past Spanish side Valencia.

But this latest news suggests that Ramsey has already played his final game for the club, having already agreed to a deal with Italian champions Juventus for next season.

​BBC Sport's David Ornstein has confirmed the news, while Arsenal released a ​statement confirming the Welshman would miss Thursday's clash with Valencia. 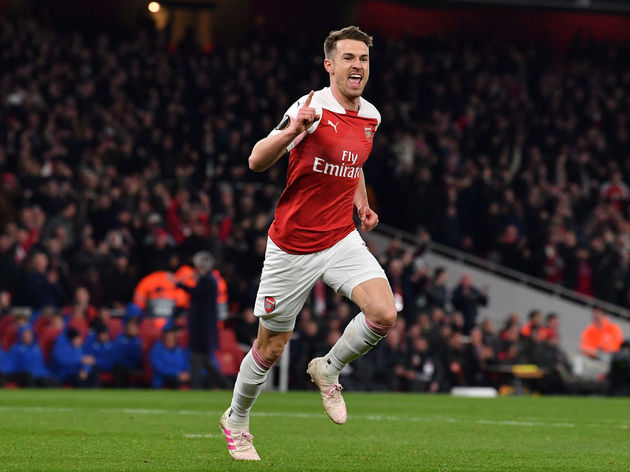 The Wales international has made 371 appearances for Arsenal over his 11-year spell at the club, scoring 65 goals and claiming the same amount of assists.

He's earned a reputation as one of European football's best goalscoring midfielders since leaving Cardiff City in 2008, going on to score the winning goals in two of Arsenal's three FA Cup final wins over the last decade.

Sad end to his arsenal career

In Turin, Ramsey will be joining former Liverpool midfielder Emre Can, who replicated the Welshman's free transfer to Juventus in 2018, and the Arsenal star will be vital in helping the club bleed through their next generation of midfielders.