24-year-old Fernandes has been the standout performer in Portugal this season, scoring 16 goals and claiming 12 assists in his 30 Primeira Liga appearances this season. 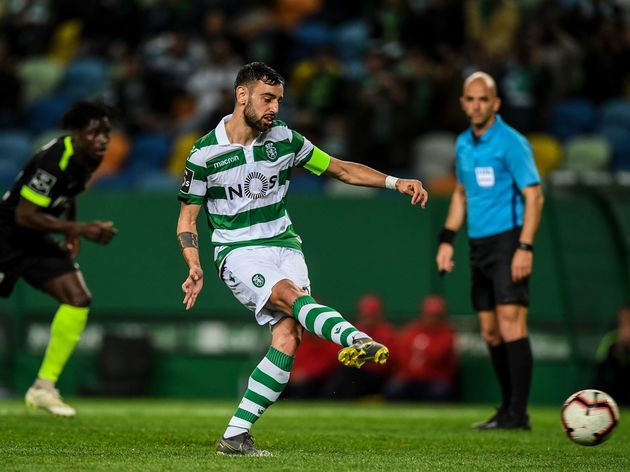 According to Portuguese publication A Bola, Sporting CP director Hugo Viana travelled from Lisbon to Manchester on Tuesday for talks. Officials from both sides are set to meet to discuss the transfer of the midfielder, with the Citizens reportedly ready to pay

The report also claims that the ​Citizens are willing to pay up to €70m including bonuses, with Pep Guardiola keen to avoid the 'enormous competition' for the attacking midfielder, with Paris Saint-Germain also interested.

Meanwhile, Fernandes was pictured with Silva at the Estoril Open tennis tournament this week, with the current City star fanning the flames of speculation by describing his Portugal teammate as 'great player'.

“Bruno is a great player," said Silva (via ​O Jogo), who added: "He has made a fantastic season with many goals, many assists that are not normal for a player of his position, he has the leading numbers and we’ll see what happens at the end of the season.

"He is a player who can play in other championships.”