Alan Shearer: Why the Premier League Legend Would Have Been Right to Swear About Manchester United

​So it has been a funny few months for Manchester United. Things almost feel as though they could hardly be much worse, and this was summed up perfectly by former Newcastle United forward Alan Shearer... almost.

A clip emerged on social media of Shearer appearing to bluntly declare that United are "f****d" on live TV. However, what he actually said was far less explicit and far less interesting, tripping over his words at a coincidentally poor time, but you could have hardly blamed him for coming to that initial conclusion anyway. ​United could not be more messed up right now. The club spent the early months of this season enduring mini crisis after mini crisis, only to be saved by Ole Gunnar Solskjaer. They enjoyed months of ecstasy and elation, before falling back down to earth. Hard.

A run of seven defeats in ten games has seen them eliminated from the ​Champions League, and they might not even make it back there next year after nearly falling out of the race for the top four. But that's just the beginning of thier problems.

Fans have turned on the squad, wanting the deadwood sold and replaced by about 100,000 better players, and even the stars aren't safe. ​Paul Pogba and ​Romelu Lukaku are both flirting with the exit door at Old Trafford, whilst ​David de Gea's form has taken a drastic tumble. The Spaniard won't even renew his contract at the moment, so nothing is going right. Away from the pitch, doubts have begun to emerge about Solskjaer's ability to lead a top side. After all, this is a man who was relegated with ​Cardiff City, before spending three years with Norwegian side Molde. Not exactly the most attractive CV.

United, perhaps acting in a daze from the excitement of his arrival, threw all their eggs in one basket by giving up their search for an elite new manager in favour of hiring Solskjaer on a permanent basis, without even seeing how he responds to any form of adversity.

Is the board to blame? Executive vice-chairman Ed Woodward is often targeted by disgruntled fans, and there is no other sporting director to take control. It appears as though United are going after every person under the sun in their search for a candidate to fill the role, but nobody seems to know what is going on. 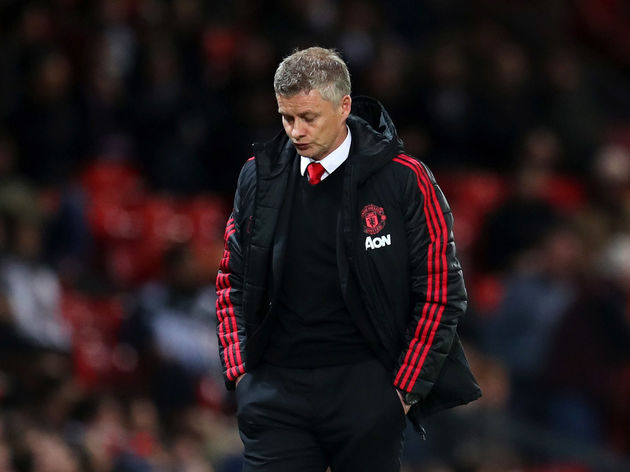 Shearer may not have sworn about the Red Devils, but there's a good reason so many fans enjoyed the clip. Most believe United truly are all kinds of messed up right now, and it's not hard to see why.