Bailly, who was starting only his second Premier League game of 2019, was cruelly forced out of the crucial contest in the 71st minute after lengthy treatment on the pitch.

Positively, he was able to walk off without the need for the stretcher that was made available, but United's statement on Monday afternoon clarifying the situation has not made for good reading.

The 25-year-old has been ruled out of the final two Premier League games of this campaign against Huddersfield and Cardiff. The length of his overall recovery process is unclear, but the Africa Cup of Nations run from 21 June to 19 July and he won't be available for that.

Ivory Coast are to play South Africa, Morocco and Namibia in the group stage, and Bailly would have been a certainty to be involved had he not sustained this injury.

The repercussions for pre-season and preparation for next season remain to be seen. 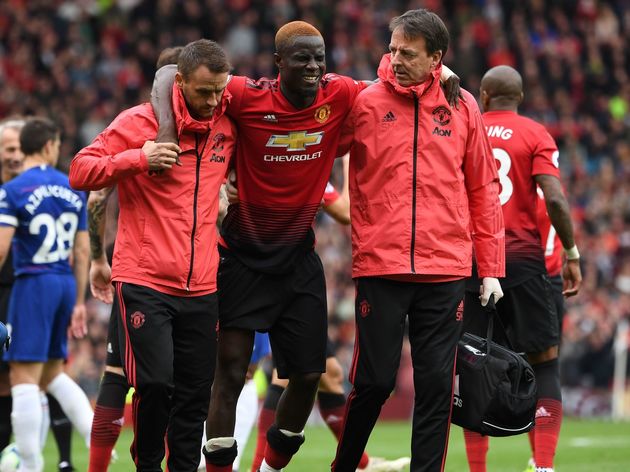 In the remainder of this season, United manager Ole Gunnar Solskjaer is now facing something of an injury crisis in central defence after neither Chris Smalling nor Phil Jones were deemed fit enough to even make the bench against Chelsea.

As things stand, it leaves Victor Lindelof and Marcos Rojo, who was arguably fortunate to escape without a red card on Sunday for a reckless and dangerous tackle on Willian soon after replacing Bailly, as the club's only available first team centre-backs.