Gonzalo Higuain: Why Chelsea Should Stick With the Argentine Striker This Summer

Gonzalo Higuain was tipped by many to be instrumental under Maurizio Sarri after his arrival at Chelsea, however his performances thus far have arguably proved otherwise.

With the pressure mounting on the Argentine to start showing more quality, Sarri is confident that Higuain's experience and proven goal-scoring ability will shine through if given greater opportunities next season.

The striker - who is currently on loan from Italian giants, ​Juventus - has only managed to net four times in 12 appearances in the ​Premier League, prompting many to wonder whether ​Chelsea will commit to signing the forward permanently in the summer. 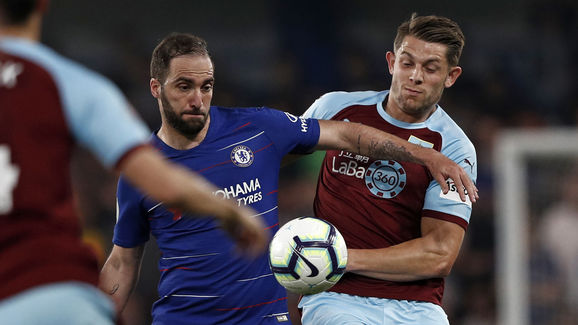 Having joined the London club during the January transfer window, an agreement was struck between Chelsea and Juventus to sign the forward for a reported £31m if they want him to become a permanent fixture in the squad.

Higuain's wealth of experience is no laughing matter, as he not only made 190 appearances for Real Madrid, but proved to have a sublime goal tally in the ​Serie A as well, n​Napoli

With the transfer window just around the corner, and with growing speculation surrounding Higuain's future with the London club, Sarri appears optimistic that the 31-year old will grow into his new surroundings with time.

As reported by BBC Spo​rt, w

"It's difficult to adapt to the Premier League. I think in the next season he will be able to score a lot." The majority of criticism seems to focus on Higuain's ineffectiveness within the current Chelsea setup, and with only a handful of goals to his name, both fans and critics alike will be hoping he can perform at the level he has done so for many other top clubs during his career. The Blues boss also compared Higuain with ex-​Liverpool forward, ​Luis Suarez, suggesting that the Uruguayan also needed time before he could demonstrate his quality to the Merseyside club. Sarri added: "For a striker it is difficult to get used to the Premier League.

"I remember Suarez at Liverpool in [his] first season only scored three goals, then 16, then 24."

Sarri's comparison is fair considering the proven quality of both Suarez and Higuain, the Argentine definitely an experienced option as Chelsea's squad and style of play continue to develop under the Italian. With his previous performances under Sarri, as well as his ability to hold up play, Higuain has already shown glimpses of what he could offer the Blues' attacking options coming into next season.

If Chelsea are to achieve a place in the ​Champions League as well, a target much more firmly in their sights after ​getting a point against Manchester United on the weekend, Higuain would not be out of his depth in the competition.