​Barcelona are set to host Liverpool at the Camp Nou in the first leg of their Champions League semi-final clash on Wednesday.

Barca last won the tournament in 2016 and will be looking to reclaim the top European honour this year, after securing their 26th La Liga title on Saturday. Liverpool, meanwhile, are in a dogfight with Manchester City at the top of the Premier League table and reached the final of Europe's biggest club competition just last season, only to fall at the hands of Real Madrid.

This semi-final fixture features two of the world's most high-octane offences at the top of their game, so it should produce a classic to remember for ages. There are plenty of stars all around the pitch for either side, so a moment of magic could come at any time.

​​Check out 90min's preview of the Champions League semi-final clash between Barcelona and Liverpool.

​Barcelona have no new injury concerns coming into the match with Liverpool on Wednesday. The Blaugrana have consistently used a 4-3-3 formation this season with Lionel Messi and Luis Suarez leading the line with either Philippe Coutinho or Ousmane Dembele cutting in from the left side. The Reds haven't been as lucky as Barca in recent weeks regarding the health of their players. Jurgen Klopp will have to wait until the last moment to know the fitness of ​Roberto Firmino, Fabinho and Adam Lallana due to various knocks suffered in recent weeks. With a match of such high magnitude, the Reds will expect all three players to fight through the pain and attempt to play if they are close to full fitness.

Barcelona and ​Liverpool have faced off just a total of eight times throughout their long histories. ​The Reds hold the current lead between the sides, winning three and drawing two of the matches played. Barcelona have taken the other two matches by a combined score of 4-1, but the Blaugrana have never knocked Liverpool out of a European competition. 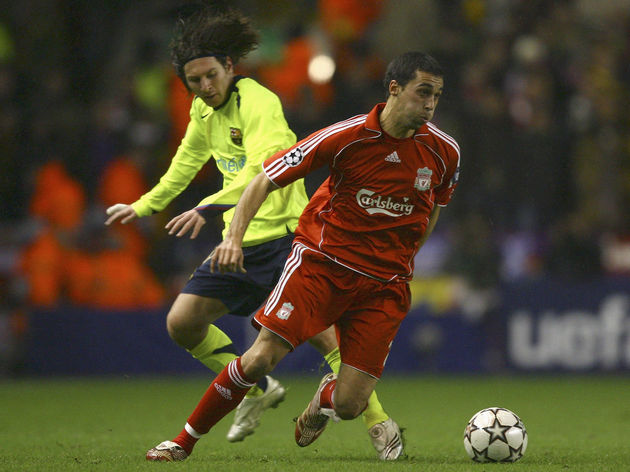 The previous fixture between the sides came back in the 2007 ​Champions League round of 16, with Liverpool advancing on away goals following an aggregate score of 2-2. This tie sparked the Reds to the final of the tournament but the squad would eventually lose to Milan 2-1 at the Olympic Stadium in Athens.

Barca have been in fantastic form since the turn of the year, losing only three times in 2019. The Blaugrana are coming off a win against Levante which saw the squad lift the ​La Liga trophy for the fourth time in five years.

Liverpool have been battling for the top spot in the ​Premier League with Manchester City for months now and their performances have kept up with the demand. The Reds have won each of their last ten games in all competitions by a combined score of 29-7, an incredible stat considering they've played the likes of Bayern Munich, Tottenham and Chelsea over this stretch of matches.

The last two @PFA Players' Player of the Year winners...

The Reds will also have some extra momentum after Virgil van Dijk was ​awarded the PFA Player of the Year Award on Sunday night and five Liverpool players made the PFA Team of the Year.

Here's how each side have fared in their previous five matches in all competitions.

Both sides have been in electric form all season, with top scorers ​Messi and ​Mohamed Salah leading their respective leagues in goals scored. There will be no shortage of attacking talent on display but it may end up being the defence that will decide this match.

If the Reds can figure out a way to slow down Messi ​in the final third of the pitch, they will have a good chance of taking home at least a draw from the Camp Nou. Obviously this is easier said than done, but if any squad left in the tournament is equipped with the right set of defenders to achieve the feat it would be the Reds. 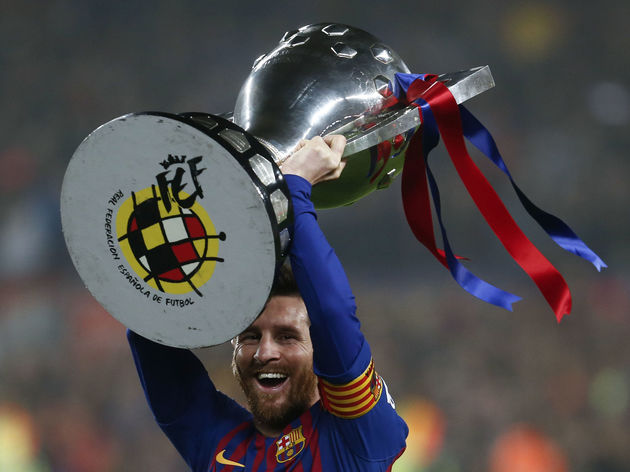 In the end, Barca will get the best of Liverpool in this match but the Reds will find a way to come away with at least an away goal and give themselves a chance to advance to the final in the second leg at Anfield.