​Newcastle manager Rafael Benitez has said that ‘we will see’ regarding his future at the club, after they drew 1-1 with Brighton on Saturday afternoon.

The Magpies were held to a draw after Pascal Gross’ second half equaliser for the hosts, which cancelled out Ayoze Perez’s first half strike. They could’ve moved up to 12th with a victory, but instead remain 13th in the table with two games to play. Speaking after the game, Benitez’s post-match press conference was dominated by questions regarding his future. Addressing those questions (as quoted by The Daily Mail), he said: “It depends. It's very clear: everyone has their own ideas.

“We have to talk and try and move forward as quickly as possible. Today was about the game.”

Benitez has been at ​Newcastle since 2016, and has been instrumental to the Magpies stayin in the Premier League for the last two seasons. However his future on Tyneside has been uncertain all season, with concerns about whether he would have a suitable transfer budget for the summer.

Pascal Groß's second half header cancels out Ayoze Pérez's 18th-minute strike to snatch a point for the Seagulls at the Amex.

Speaking about the dilemma regarding his future, Benitez said: “What do we want to do in the future? That is the key. If we have different visions, we'll have to find a point in between if we are happy with that.”

He added: “There is no timescale really. Every day counts. In the end, you want to do everything possible to start working on things. But we will see.”

Newcastle will be eager to keep Benitez at the club, though ultimately he will have the executive decision. His future has been unknown for a while, with many not sure whether he is willing to stay for another few years. 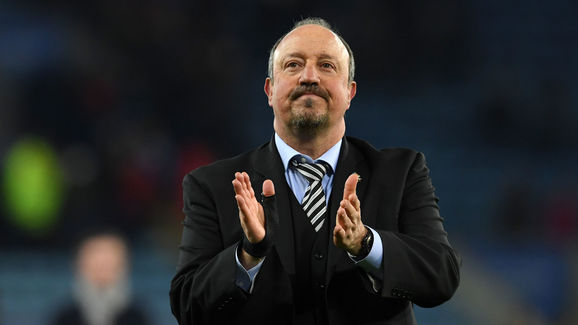 The Magpies headed home disappointed that they didn’t pick up all three points. Despite dominating in the first half and taking a deserved lead, they allowed ​Brighton back into the game, which led to their equaliser and two points being dropped.

Newcastle are back in action in next Saturday’s evening kickoff, when they welcome Liverpool to St James' Park. The Magpies are in London on the final day of the season, as they travel to already relegated Fulham on 12 May.