Brighton moved four points clear of the relegation zone with just two games to play, as they drew 1-1 with Newcastle on Saturday afternoon.

Ayoze Perez put Newcastle in front after 18 minutes, as he thumped home Salomon Rondon's headed layoff. It was the Spaniard's fifth goal in his last three appearances, as his continued fine form gave the Magpies the lead.

In front of an increasingly anxious home crowd, Brighton improved in the second half, with Glenn Murray and Shane Duffy having chances for the hosts. The Seagulls finally drew level with 15 minutes to play, as Pascal Gross beat Martin Dubravka to the ball to head home for the hosts. 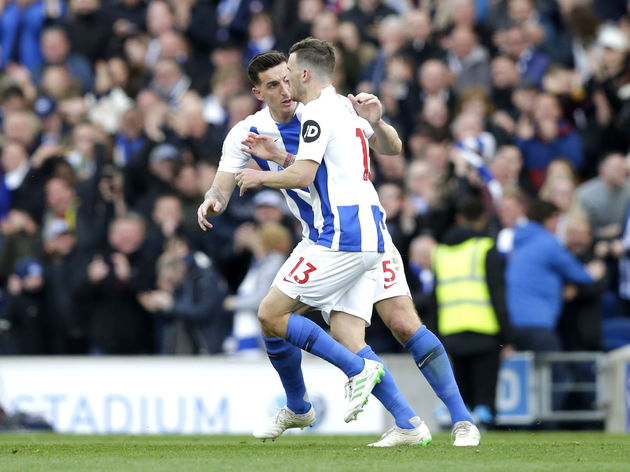 ​​Brighton were very poor in the first half, where their performance in the first 45 minutes summing up their season. Despite knowing that they could capitalise on Cardiff City's defeat to Fulham, they didn't have a single shot and were dominated all over the pitch, as they looked lethargic.

Following a depleted first half performance, Brighton massively improved in the second half. They had their first efforts of the game and started to attack more, as they finally got a deserved equaliser to register an absolutely crucial point in their bid for top flight survival.

It was a remarkable contrast between their first and second half performances, as they went from playing with no desire to complete fighting spirit. It is a huge result for Chris Hughton's side, as they now need to finish the season strong to retain their Premier League status.

Pascal Gross has scored Brighton's first goal across all competitions in 735 minutes.

What a crucial goal that could prove to be. 爛 pic.twitter.com/oSIZCd5PsJ

STAR MAN - Despite not too much involvement in the first half, it was Pascal Gross who recovered a point for Brighton. He showed great determination in the second half, and his movement for the equaliser was excellent as he earned a vital result for the Seagulls. Newcastle were completely dominant in the first half, and affirmed control of the game with their goal in the first 18 minutes. They were brilliant in the opening 45 minutes, and looked certain to cruise to their third straight league victory which would've seen them move up to 12th.

However in the second half, the Magpies were caught on the back foot from the moment the second period began. They suddenly found themselves having to get every man behind the ball, and their lack of control in the game saw them concede the equaliser and lose two points.

Rafael Benitez's side will be grateful that the two points dropped won't be too costly, having secured their safety last weekend. However it was a worrying difference between their first and second half performances, and they'll count themselves lucky to head home with a point.

STAR MAN - Although it was Perez who scored Newcastle's goal, Salomon Rondon was the Magpies' standout player in attack. His holdup play was top class as he combined excellently with his teammates, as he capitalised on his presence up front in a very good display. ​Both sides have two games left to play this season, starting next weekend. Brighton travel to the Emirates to face Arsenal next Sunday, before they host title challengers Manchester City in a huge final day battle at the Amex Stadium on 12 May.

Newcastle are also playing title challengers in May, when they welcome Liverpool to St. James' Park on Saturday night. The Magpies finish their season in London, as they travel to already relegated Fulham on the final day.