Fulham grabbed a late win through a Ryan Babel wonder-strike to deal a devastating blow to Cardiff City's hopes of Premier League survival on Saturday afternoon.

The Bluebirds were second best at Craven Cottage all afternoon, and the hosts made it three wins on the bounce as they end a poor season on a high.

In a game where Cardiff would have been targeting no less than three points, they rarely pushed forward and caused little threat to the home goal. Fulham, who controlled much of the game looked as though they would be made to rue missed chances, before but a Babel beauty ten minutes from time gave his side a late win.

Here's @_scottsaunders & @ThatChris1209 reflecting on, let's say, attritional game of football at Craven Cottage - won by a moment of quality from @Ryanbabel.

​​The quality of the game was hampered by the strong gales of storm Hannah, but the home side had the wind in their sales in the first half, as Aleksandar Mitrovic forced a wonderful save from Neil Etheridge. Just before half time, Ryan Sessegnon had a great chance to put the hosts ahead, but he scuffed his shot wide.

In the second half, Fulham maintained their pressure and looked more like making the breakthrough. However, this left gaps in behind and Cardiff attempted to exploit them as the game became more stretched.

Despite this, the away side did not look much like scoring and Fulham punished them late on. Warnock's side responded with some battling attacking play, and came incredibly close to an equaliser when Junior Hoilett hit the underside of the bar. Nevertheless, it wasn't enough and they suffered a devastating 1-0 defeat.

Fulham fans' attention may have been fixed on their starlet Ryan Sessegnon this afternoon. Amid rumoured interest from Tottenham Hotspur, the youngster recently ​refused to rule out a move away from Craven Cottage this summer.

Today could have spelled one of the final opportunities for Cottagers fans to catch a glimpse of the winger in the white and black of Fulham. However, the 18-year-old played as though his mind was elsewhere, and struggled to get a foot in the game.

HT 0-0: Cardiff looking threatening at times without actually being a threat. Only real chance of the first half fell to Mitrovic before a half chance for Sessegnon at the end.

​​The 2018 summer saw a number of high profile players join the west London side - could it be that the summer of 2019 sees several high profile departures?

Sessegnon heads a list of Fulham players who saw Craven Cottage as the perfect place to test their mettle in the Premier League, but following a woeful season, these players could soon be on their way out. 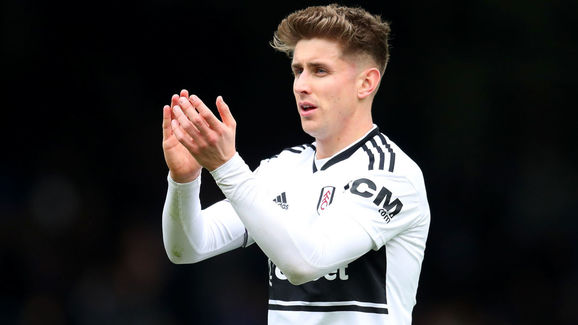 Following what has been an up and down season for Tom Cairney, the Scottish international was the standout player for Fulham on Saturday afternoon. If it weren't for a couple of horrible misses from team mate Mitrovic, Cairney would have had an assist or two to his name.

Fulham controlled much of the game and that was owed in part to the 28 year-old's control of the midfield. With his deft passing, Cairney was able to create several openings for the home side and get his team mates into dangerous positions.

Tom cairney has been excellent today.. Finding his premier league feet a little too late for us #FULCAR

Having been out of the team for much of the season, the midfielder may have his head turned this summer as he is sure to attract interest from several Premier League clubs. Cairney was instrumental in getting the Cottagers into the top flight and even scored the winner in the play-off final at Wembley. If Fulham want to bounce straight back next season, the key could be holding onto their star midfielder.

Cardiff now look as though they have a mountain to climb if they want to stay in the Premier League. To have any chance of survival, they will need at least four points from their remaining two games, which come against Crystal Palace and Manchester United.

Warnock may rue the tactics he employed against Fulham, as his Cardiff team looked happy to settle for a point all afternoon. Only after the home side had broken the deadlock did the Bluebirds play with any real urgency, by which point it was a little too late. In their ten minute spell of pressure, they still had several clear cut chances, but couldn't make any of them count. With Brighton playing Newcastle in Saturday's evening kick-off, Cardiff will have to wait and see where they stand going into their penultimate game. Should the Seagulls take all three points, it would all but end Cardiff's chances of survival as they would be six points behind with a far inferior goal difference.

Next weekend they host a ​Palace side without much to play for and will be hoping the Eagles are already on the beach, as they look to earn a vital three points. However, Cardiff fans will probably feel it is now too little too late, as a return to England's second tier looms.

Nathan Mendez-Laing continued his good form for Cardiff on Saturday afternoon as the winger proved to be his side's main threat on the counter-attack. In a cagey game which lacked in quality, the former Wolves man caused problems for the home side and looked most like getting a breakthrough for the Bluebirds.

Even after switching wings with team mate Hoilett, Mendez-Laing still got the better of opposing left-back Joe Bryan and nearly set up a goal on the hour mark - only for his cross to narrowly avoid Leandro Bacuna. With the score still at 0-0, it was Mendez-Laing who looked Cardiff's only real threat. Only after going behind did any of his team mates contribute significantly to their attacking play and the winger may be left frustrated following the game. With Warnock being manager he is, Cardiff players won't be allowed to drop their heads going into their final games and the boss will be looking to Mendez-Laing to make the difference once more.

The Cottagers have just two ​Premier League games remaining before they return to the second tier. An away trip to ​Wolves comes before Fulham close the season at home to ​Newcastle. Scott Parker will be hoping his side can learn as much as possible from these two games and take some much needed positivity into the 2019/20 ​Championship campaign. Cardiff on the other hand face two huge fixtures in their bid for Premier League survival. First up they are at home to ​Palace, where the Bluebirds will be desperate for all three points in front of a packed house. Warnock's side end their campaign at ​Old Trafford, and they will be looking to take advantage of Manchester United's