​Southampton retained their Premier League status for next season with an entertaining 3-3 draw against south coast rivals Bournemouth at St. Mary's.

The hosts were rewarded for their strong start with the opening goal on 12 minutes, as Shane Long netting his fourth goal in his last five games with a simple finish. Bournemouth, however, were level just eight minutes later with their first shot of the game, with Dan Gosling finishing off a 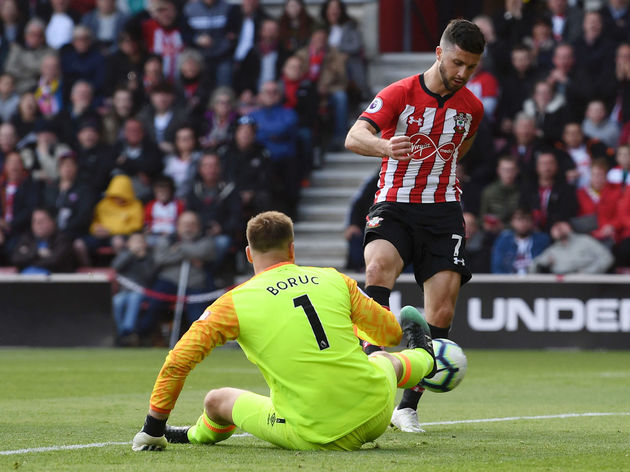 Despite relinquishing the lead late on, it's a case of job done for Ralph Hasenhuttl, who secured Southampton's Premier League status for another season with the draw.

It was a game that truly epitomised where the Saints are at under the Austrian, as they dominated the opening exchanges with an exuberance that was too much for the visitors, but still showcased lapses of concentration defensively.

Just seen the live images from St. Mary's for the Southampton fans and players finding out they are safe. Brilliant and the sad thing is they'll probably be mocked on social media. Remaining in the premier league after a battle must feel so relieving. Fair Play #BBCFootball

#PL
This is a super escape for Southampton... They are safe!!!

Incredible from where they were few months ago...

What Hasenhuttl has installed in this side is a fight and will to win, which was emphasised with a turnaround of their own in the second-half, and it looked to be enough for the three points.

In the end though they had to settle for one, but one proved to be enough and can now plan for another season in the top-flight. James Ward-Prowse led the second-half fightback for his side with a well-taken equaliser, as the academy graduate drove his side towards Premier League safety.

He was calm and assured on the ball throughout, and could certainly look after himself in the tackle, as his play was laced with a fight to remain in the top-flight. It's undoubted that Eddie Howe has quality in his Bournemouth side, getting them to perform consistently remains an issue.

The opening 20 minutes of the first-half was one of their worst of the season, yet a dramatic turnaround, thanks in part to the change to a back four, saw them lead at the interval, yet found themselves trailing with a third of the game remaining.

The battle of the bad defences!

To their credit, they rallied one final time to earn a point, but it must be frustrating for those connected to the Cherries to see their side so consistently inconsistent, as they've now won just two of their last 12 league games. Callum Wilson showed his class in the final third for the visitors, as he played his part in all three goals.

His first-time pass set up Gosling after 20 minutes, before scoring tap-ins either side of half-time, taking his tally to 14 league goals and nine assists, signifying his importance for Eddie Howe's side.

The only disappointment for him was not sealing a hat-trick late on, but produced a tame finish that was simple enough for Gunn.

6 - The only English player to both score and assist in more Premier League games in a single season than Callum Wilson in 2018-19 (6) was Alan Shearer for Blackburn Rovers in 1994-95 (7). Multifaceted. pic.twitter.com/pxOxSpn159

Southampton's penultimate game of the season is away to West Ham in a week's time.

Bournemouth meanwhile can have a say in who finishes in the top four as they host Champions League semi-finalists Tottenham next weekend.