A Naby Keita goal inside the opening 15 seconds and braces for Sadio Mane and Mohamed Salah sealed the victory for the Reds at Anfield, as they leapfrogged Manchester City back to the top of the Premier League. 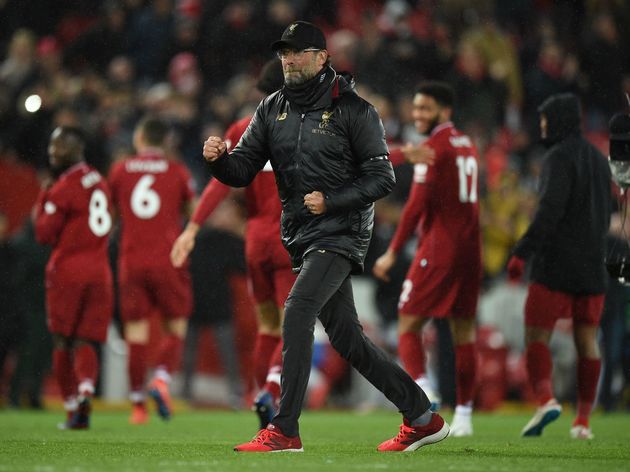 One notable absentee for Klopp's side was ​Firmino, who missed the game on Friday due to 'a little muscle issue' in the words of his manager, meaning he wasn't risked ahead of the first leg of their ​Champions League semi-final against ​Barcelona.

Speaking after the game to the ​club's official website however, the German was optimistic regarding Firmino's chances of playing at Camp Nou.

"Now, the official diagnosis is he has a small tear in a small muscle, so apart from the word ‘tear’ everything else is positive.

"It is Bobby, so he might be ready for Wednesday, but we obviously don’t know in the moment. Because it is him, it’s rather likely that [he will be] than not, but we will see. Asked if the Dutch defender had sustained an injury, Klopp replied: "