Jurgen Klopp has insisted Liverpool are intent on creating history this season even if they miss out on the Premier League title following their 5-0 destruction of Huddersfield on Friday night.

The Reds moved two points clear of Manchester City at the top of the table with a win, thanks to goals from Naby Keita, Sadio Mane and Mohamed Salah. 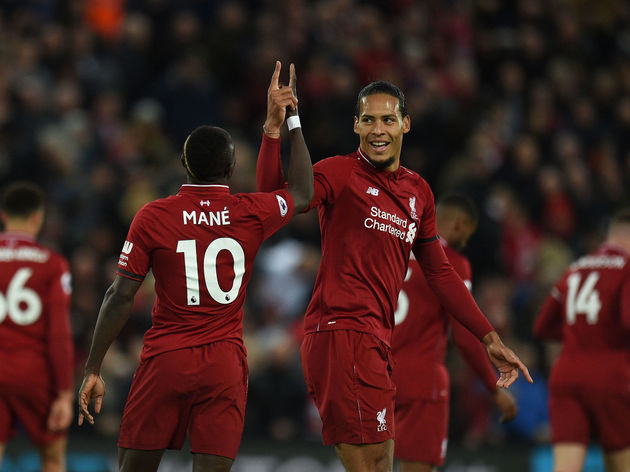 With Pep Guardiola's side set to play Burnley in their game in hand, ​Liverpool boss Klopp played down the prospect of focusing on how City do, and instead urged his team to do everything that they can to make history for themselves.

"At the end, we cannot do more than win these games; that’s what we did so far and that’s what we’ll try to do again. Why should we think where ​City could slip or not?"

Liverpool are the first club to have 2 players score 20+ #PL goals in a single season since...

Klopp added: "If we do the job in these two games and something happens in the other games, then we are there. If not, then we still did our best – our 100 per cent best – and that’s the only thing you really can expect from us. You cannot ask for luck, you cannot ask for destiny, you have to work for it and then the rest around happens.

"If we can have 97 then let’s go for it and then we will see. It’s still history. We said we want to create our own history – that’s what we tried, that’s what the boys did, that's what ​Mo Salah did tonight again, with the points tally we have and all that stuff. These boys are outstanding, that’s the reason why we are where we are. Let’s carry on and we will see where it ends."