Liverpool put the pressure back on Manchester City in the race for the Premier League title after they thrashed Huddersfield 5-0 on Friday night.

Taking on the league's bottom side at Anfield, Jurgen Klopp's men allayed any fears of complacency with a lightning-fast start. Straight from kickoff, the Reds' high-press saw Naby Keita pinch the ball off a dilly-dallying Huddersfield midfielder, before firing home from a return pass from Mohamed Salah after just 15 seconds.

Sadio Mane then notched his 19th league goal of the season when he met Andrew Robertson's cross with a powerful downward header to make it 2-0, before Mohamed Salah's chipped finish saw the Reds go in at the break three to the good.

Mane then made it four with his second headed goal of the game, before the Anfield crowd gave a rousing reception for the returning Alex Oxlade-Chamberlain, who had been out for over a year with a knee injury.

Things then went from bad to worse for Huddersfield as Mohamed Salah tapped in from close range late on to make it 5-0, with the win taking the Reds back to the top of the Premier League for now.

After seeing Manchester City take all three points against Manchester United at Old Trafford on Wednesday, it was imperative Jurgen Klopp's side set the right tone on Friday and make sure they did what was needed of them. And in remarkable fashion, the Reds opened the scoring within the first 15 seconds of the game, with any fears of complacency quickly brushed away.

15 - After just 15 seconds, Naby Keita's goal for Liverpool is the quickest they have ever scored in a Premier League match. Lightning. #LIVHUD pic.twitter.com/ADQcCylQMu

STAR MAN - Just how did ​Mohamed Salah miss out on the PFA Team of the Year? Possibly a victim of his own unbelievable success from last year, the Egyptian once again provided another reminder of his supreme talents with a wonderful chip over Jonas Lossl in the first half to net his 20th Premier League goal of the season.

Mohamed Salah's 69th goal in 100 appearances for Liverpool. No player has scored more in that many games than Salah; eclipses the record that was held jointly by Sam Raybould and Roger Hunt. 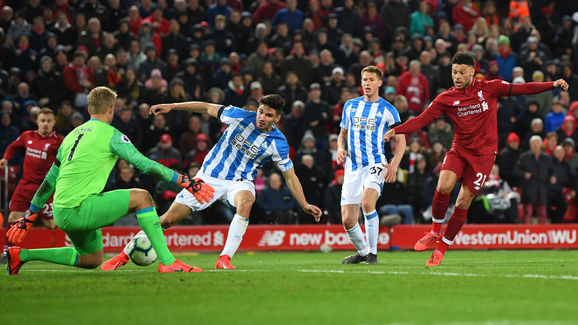 STAR MAN - Despite once again not scoring in the Premier League (their 19th without doing so), this was Huddersfield's more promising games going forward.

The Terriers looked far more creative, and played with more belief, with no-one perhaps epitomising that more than Juninho Bacuna. The midfielder was willing to get forward and join up in the build-up play, and was direct with his running with the ball at every opportunity. Potentially a key figure in the side's attempt to get back to the top flight next year.

I’ve not had many positive things to say so far but Juninho Bacuna is everything I want in a Huddersfield Town player. Non stop fighting, chasing down balls, and isn’t afraid of unleashing one on goal either. #HTAFC

With business taken care of in the Premier League, Liverpool return to Champions League action when they take on Barcelona in the semi-finals at the Camp Nou on Wednesday night. 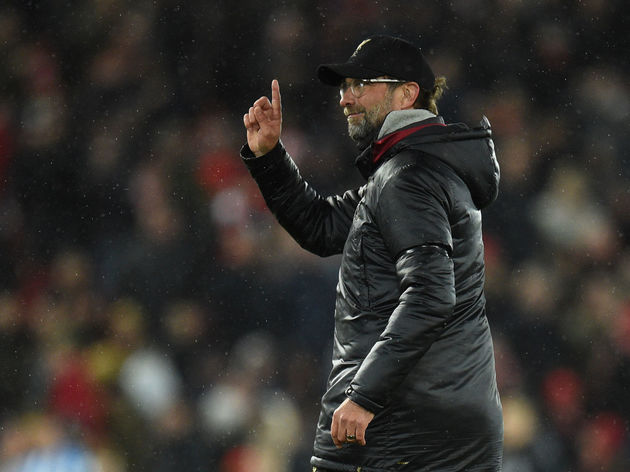