Marco Asensio's agent Horacio Gaggioli has revealed Real Madrid have turned down bids as high as €180m for the young Spaniard, amid rumours of his potential departure this summer.

After several stellar seasons, Asensio has struggled, alongside the majority of his teammates, to excel this season, notching just six goals and seven assists in 41 appearances across competitions this term. 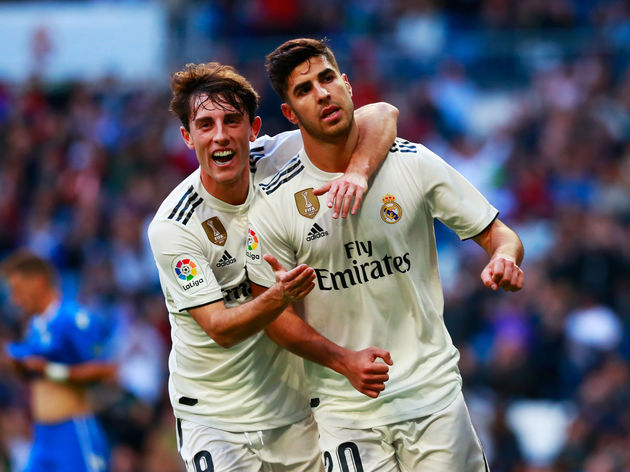 This has led to some reports of a departure from the Spanish capital this summer, with both ​Liverpool and ​Juventus understood to be interested in the precocious playmaker.

However, according to the player's representative, ​Asensio is more than happy to stay with Real, while the club are desperate to keep him at the Santiago Bernabeu, having previously turned down bids as large as €180m to keep him in their grasp.

Speaking to ESPN, as relayed by ​AS, Gaggioli disclaimed: "Over the last year there have been offers as high as €150m and €180m, but Madrid did not want to listen to them.

"There is always interest in Marco from other big clubs, seeing if he wanted to leave, which is normal for the player he is. But he always says that he is very happy with ​Madrid, is only interested in being a success there. He is still a young kid, improving all the time, and the club is very happy with him too."

As of yet it is unclear which clubs submitted these bids, though it seems unlikely that it was the Premier League outfit, considering Jurgen Klopp's repeated claims that the Reds would not be making any marquee signings this summer.

Gaggioli then spoke on the season as a whole, conceding: "This year it has been difficult for everyone at Madrid, it has not been a good year for anyone at the club. These things can happen in football - the whole team dropped their level, not just Marco.

"Maybe there was more a focus on Asensio as he had shown such a high level before, there was lots of expectation, and it has not worked out this year. But on an individual level it is not easy if the team is not playing well. It does not matter who you are, whether you are ​Lionel Messi or Diego Maradona.

"But Marco has played well with Spain, has become a regular with the senior international team. He is just thinking now about next season, and winning things again with Real Madrid."