​Tottenham are seeking to find young talent who can also make an immediate impact in north London this summer, with Roma's teenage sensation Nicolo Zaniolo a key target for the Premier League side.

After two infamously barren transfer windows, which have hardly hampered their impressive 2018/19 form, ​Spurs are ready to spend again this summer as they eye up a number of precocious young players. However, it is understood these players must be already ready to compete for a place in the starting XI right away. 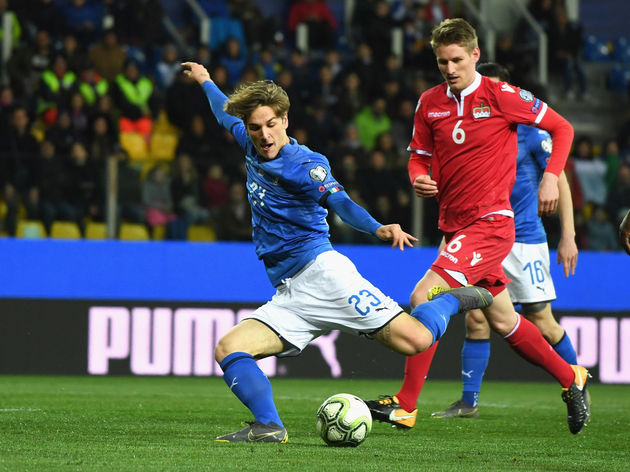 As reported by the ​Daily Mail, Zaniolo represents the perfect distillation of this, having been this season's breakout star in Serie A following his move to Roma from Inter as part of the deal that sent Radja Nainggolan the other way.

He has since gone on to notch six goals and two assists in 33 appearances for La Lupa, and earned his first call-up to the Italian national team, collecting two caps.

The 19-year-old is currently valued at around £35m, a little more than half the expected £60m budget Mauricio Pochettino will be handed this summer. However, the Lilywhites could be set to raise as much as £100m in sales to offset their expenditure.

And, while the club see value as easier to attain on the continent, they retain a strong interest in ​Aston Villa winger Jack Grealish, who they came so close to acquiring last summer. It is understood that the Championship Team of the Year player would also cost an estimated £35m, with Villans boss Dean Smith recently conceding he expected a number of clubs to come in for him in the next few months.

Speaking on the Englishman, Smith admitted: “It would be crazy if we didn’t get bids for him. But he has a long-term contract and he’s a Villa fan.

“He is captain of the club now as well. There are an awful lot of things to keep him at this club.

Congratulations to Jack Grealish and Tammy Abraham, who have both been named in the PFA Team of the Year! https://t.co/oaWDj2ptkw

“He is the best player in the ​Championship and the best I have worked with - natural ability but a strong work ethic and strong mindset that people probably don’t see. What he’s started bringing to his game now is goals and assists – he’s started becoming the player he can be.

“Jack missed 14 games but it just shows what his peers think of him to be voted into the team of the season - it is a great fillip.”