Barcelona not to be crowned champions at this stage. 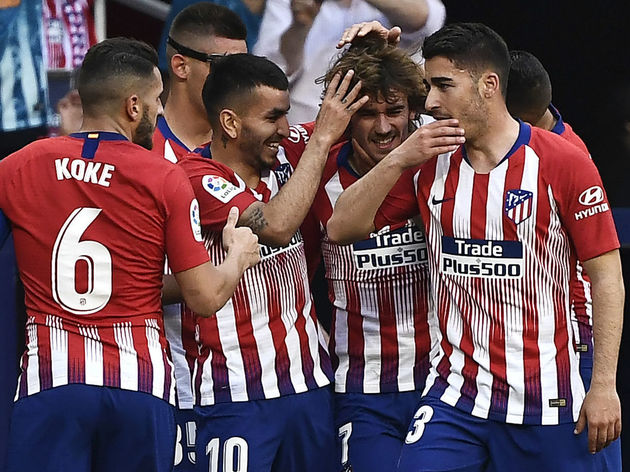 Real Valladolid by comparison have absolutely everything to play for. The Albivioletas currently sit precariously in 17th place, only one point above the drop zone, and will be scrapping and clawing for every single point in their last few games of the season.

Check out 90min's preview of Saturday's game below.

Atletico's defensive injury woes have been well documented this season, with Simeone rarely able to field the same back four week in week out, making their current record of conceding the least amount of goals in La Liga even more impressive.

One of the few constants in that back four has been Jose Giminez, who Atleti will be desperate to get back in the starting lineup after he missed out on Thursday night with a toe injury.

Fans of Los Colchoneros will also be hoping that Simeone perseveres with Thomas Lemar, whose last two performances have been what the Atleti faithful were hoping for when he arrived in the summer. For Real Valladolid the best that can be said is there are no new injury concerns ahead of Saturday's clash, and Sergio Gonzalez Soriano will be looking to field the same team that has picked up five points in their last three games.

Perhaps unsurprisingly - given Atletico's recent record in La Liga - Atleti are pretty dominant in head to head results between the sides, winning 11 in 19, and seven of the last eight. 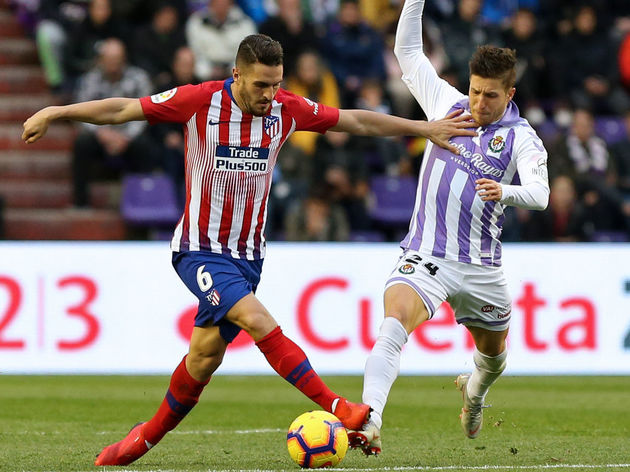 It is this recent history that will be most worrying for Valladolid fans, but they will take some heart from the fixture earlier in the year where they fought back from two goals down, before succumbing to an 80th minute winner from Antoine Griezmann.

Despite steadying the ship a little in the last three games, Atleti's recent form is a far cry from what we've come to expect from a Diego Simeone team. Los Colchoneros have tasted defeat three times in their last eight games, having lost only two of the last 33 prior to that.

However, Atletico will be intent on finishing the season in second place above Real Madrid

Valladolid have hit something of a purple patch in recent weeks, after following up two draws with a huge victory against their relegation rivals Girona on Tuesday.

Here's a full beakdown of each side's previous five results.

Atletico may be in the awkward position of 'having nothing to play for', with Champions League football already sewn up for next season, and no realistic chance of catching Barcelona. But Simeone is the not the sort of manager to allow his team to rest on their laurels.

The Atletico manager seems to be using this opportunity to experiment with a more attacking brand of football, so expect plenty of goals and a win for Los Colchoneros. Valladolid will arrive at the Wanda Metropolitano Stadium full of belief, confidence, and determination, after their recent results.

In the midst of a fight for their lives, they will undoubtedly come here looking for a result and looking to score. Unfortunately, this could well leave them exposed at the back, and Atleti's front three of Lemar, Griezmann, and Morata are in frightening form.