Hailing from the southern part of the Madrid metropolitan area, Getafe - the team against whom Lionel Messi scored his famous Diego Maradona-esque solo goal for Barcelona in 2007 - are firmly in the shadows of neighbours Real and Atletico. 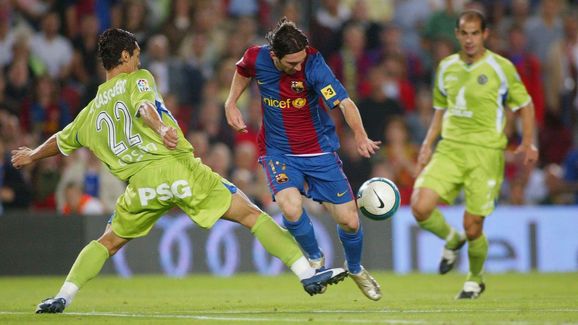 But this season, Los Azulones could finish just one place behind Real in La Liga. What's more, doing so would see them automatically qualify for next season's Champions League group stage, a truly monumental achievement when considering the club's size and history.

Compared to the illustrious sides around them, Getafe's record transfer is no more than €5m; they have just six internationals in their current squad; the team that started their last La Liga game was assembled for €19m, less than Real Madrid paid for Mariano; their Coliseum Alfonso Perez stadium has a capacity of just 17,000 and rarely draws crowds of more than 12,000.

Getafe have been in La Liga for most of the 21st century, usually finishing in the reassuring obscurity of mid-table. To most outside Spain, whose interest in La Liga extends to Real, Barça and little else, they have been just another team on the fixture list of the country's wealthy giants. Prior to the 2004/05 season, Getafe had never previously played in Spain's top flight. They were only formed in 1983 and spent their early years rising through the regional ranks of the Spanish football pyramid to enter Segunda Division B, the third tier, by 1987.

By 1994, the club had reached the second tier Segunda Division for the first time. There was some yo-yoing as they initially struggled to get to grips with the higher level, but Getafe were out of the third tier for good in 2002 and enjoyed their highest ever league finish in 2002/03, 11th in the Segunda. They then followed that up with second place and promotion in 2003/04.

Getafe enjoyed 12 unbroken years in La Liga after that, usually finishing between ninth and 16th, barring a relegation near miss in 2008/09 and the aforementioned sixth place a year later. 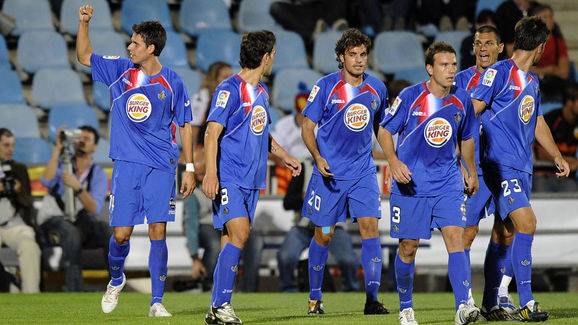 That top flight stint finally ended in 2016 when the club finished 19th and was relegated. And things threatened to become very difficult for Getafe at that time. They won just one of their opening eight Segunda games of 2016/17 and were 21st of 22 by early October.

Coach Juan Esnaider was sacked the day after a 2-0 home defeat at the hands of Girona, with the club then turning to experienced lower league coach Pepe Bordalas.

The new boss oversaw a 0-0 draw away against Tenerife in his first game in charge, followed by back-to-back wins against Murcia and Lugo. Getafe would finish the season in third place in the Segunda table, narrowly missing automatic promotion but securing a route back to the promised land of La Liga after beating Huesca and Tenerife in the playoffs.

For Bordalas to then take a club that had been in danger of relegation to the third tier of Spanish football for the first time since 2002 when he first took over, to the brink of Champions League qualification in the space of a little over two-and-a-half years is nothing short of incredible.

Getafe had impressively finished eighth on their return to La Liga in 2017/18. But rather than fall away this season, as was the case the year after their most recent two top half finishes in La Liga - dropping from sixth to 16th in 2010/11 and from 10th to 13th in 2013/14 - Getafe have kicked on to the point where Champions League football is a genuine possibility.

Jaime Mata, Nemanja Maksimovic, Leandro Cabrera, David Soria, Francisco Portillo and Djene, all bought since promotion from the Segunda in 2017, have made huge impacts. With five games of the 2018/19 La Liga season to play, Getafe are fourth in the table. They have lost just one of their last 12 league fixtures and made the jump into the top four by beating Sevilla 3-0, completing a league double over the five-time Europa League winners, last time out.

Holding onto that Champions League place won't be easy as it is a three-way fight between Getafe, Sevilla and Valencia, all separated by just two points.

Getafe have only been beaten by clubs outside the top three on three occasions this season, but their run-in is the most difficult as it includes games against both Real Madrid and Barcelona. Their best hope is that Real have an off-day once more in the final stages of a disastrous season and that Barça start taking it easy after wrapping up the title with games to spare. 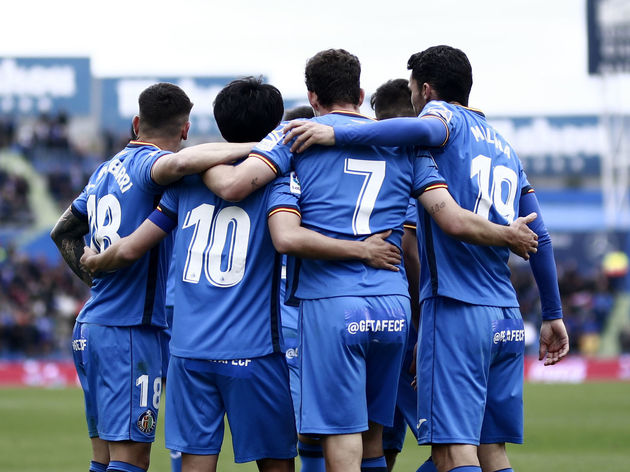 But with winnable games against Real Sociedad, Girona and Villarreal to come in the others, contests from which Getafe have already taken seven points from nine this season, the dream could still come true. At the very least, they will be fighting for every last inch until the finish line.