​Stoke City have set their price for Jack Butland as Premier League clubs eye a summer deal, while West Ham and Watford are pursuing Joe Allen as the Potters prepare for a squad reshuffle in the summer.

The Welsh midfielder has been with the club since 2016, and was part of the side who were relegated to the Championship last season, with Butland having been on the books at the bet365 since 2013.

Stoke City to demand up to £30m for England goalkeeper Jack Butland, as Bournemouth and Crystal Palace line up bids #scfc #afcb #cpfc https://t.co/osz9fRkW76 via @telefootball

Neither player's performances have gone unnoticed in the top flight, however, with ​The Telegraph reporting that Watford and ​West Ham are eager to acquire the 29-year-old's services in the coming summer transfer window, and a host of sides keen on the £30m-rated England shot stopper.

​Bournemouth and ​Crystal Palace are two clubs credited with an interest in Butland, who is keen to join a top flight side in order to boost his chances of making it into Gareth Southgate's England side, despite his parent club being under no pressure to sell the 26-year-old.

Allen could become surplus to requirements at the bet365 Stadium when the season draws to a close, with Nathan Jones looking to sculpt his own side from the one inherited by Gary Rowett when the latter was relived of his duties back in March. 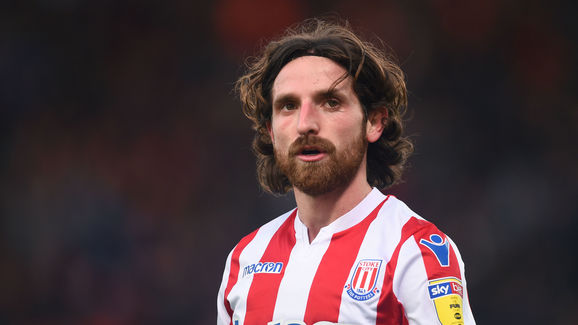 News of West Ham's interest comes after the club offered Stoke £25m for the former Liverpool man back in January 2018, a fee that Allen is unlikely to bring in during the coming window.

This season he has netted six goals and registered four assists so far, scoring 16 times across three seasons with the Staffordshire outfit.