Mauricio Pochettino has praised Tottenham Hotspur's determination to come out on top in Tuesday's 1-0 win over Brighton and Hove Albion, and challenged his side to maintain their confidence going forward.

Spurs dominated possession for the majority of the game, but struggled greatly against a resilient Brighton defence. However, their persistence was rewarded as Christian Eriksen netted a late winner to keep them ahead in their pursuit of a top-four finish.

Speaking to ​BBC Sport after the game, Pochettino insisted his side cannot afford to lose their confidence heading into the final weeks of the season.

He said: "​It was a difficult game, we knew how difficult it would be, how tough it is to break down the opposition. ​Brighton were a really brave opponent. The most important thing is we believed, we didn't give up and we tried different ways to score.

"It is three very important points and to be in a good position in the table. "It is always about your confidence, Saturday will be another tough game against ​West Ham. We must be confident, the team are doing a fantastic effort after tough games against ​Manchester City.

"The team are not as fresh as we wanted, not just legs, but minds, so we have to congratulate the players. I'm so proud of them."

The result keeps ​Spurs third in the table, three points ahead of ​Chelsea. Arsenal can move a step closer if they beat ​Wolverhampton Wanderers on Wednesday, but Spurs remain in control of their own destiny. 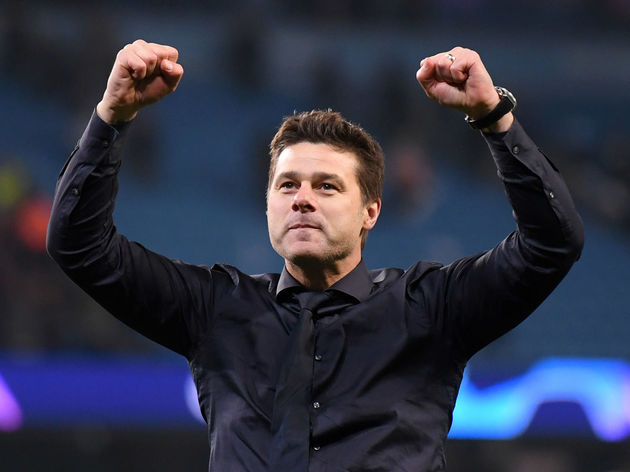 They will welcome cross-town rivals West Ham United to the Tottenham Hotspur Stadium on Saturday, and are still to face both ​Bournemouth and ​Everton, as they look to secure ​Champions League qualification for next season.

Pochettino's men must also navigate a tricky Champions League semi-final tie with Ajax, and every match could certainly be crucial to shaping the outcome of Spurs' season.