​Crystal Palace have been tipped to pursue Aston Villa play-maker Jack Grealish this summer if the Eagles opt to cash-in on star winger Wilfried Zaha at the end of the season. 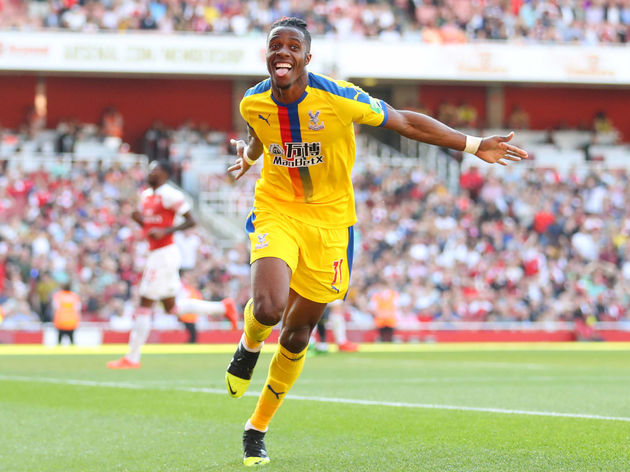 "He's on a four-year contract, he's one of our highest-paid players. I am looking forward to working with him in the near future and for many years to come. But we'll see what happens."

But it was only recently that Zaha, once briefly with Manchester United, made clear his ambition to play Champions League football, something that seems quite unlikely with Palace.

A report from the Daily Mail now claims that Palace are 'open to letting Zaha leave this summer', although they won't settle for anything less than a premium price and are said to value the 26-year-old Ivory Coast winger at an eye-watering £80m. It remains to be seen if any club would meet that asking price, but Tottenham have been heavily linked with Zaha for years, while Borussia Dortmund have also been linked more recently.

If Palace do sell, they will take in a vast windfall and will need to spend it in order to replace the creativity they would lose through Zaha's departure.

The Mail notes that money from a sale 'would be reinvested in the squad' and claims that Grealish, who has shone at Championship level since Aston Villa's relegation from the Premier League in 2016, has been identified as one player 'capable of helping fill the void'. Grealish was priced at a reported £30m last summer and one story from the Daily Mirror in September even claimed that £30m is also the value of a release clause in his latest Villa contract that will become active if the club fails to earn promotion back to the Premier League.

As things stand, Villa will finish the season in the Championship playoffs after winning a club record 10 consecutive games to propel themselves from mid-table into the top six.