The Spaniard's contract at Old Trafford is set to expire at the end of next season, although De Gea is yet to pen a new deal, with the keeper's wage demands of £350,000-per-week thought to be a major stumbling block. According to the ​Daily Mail however, ​De Gea is thought to have reservations about signing a new deal altogether, at least until there are reassurances from the club's hierarchy regarding their transfer policy - something that United have been heavily criticised for under Ed Woodward.

At 28, De Gea is considered one of the world's best in his position, although high-profile mistakes against Arsenal and Barcelona in recent weeks has led to some suggesting whether talk regarding his future is behind a slump in form. 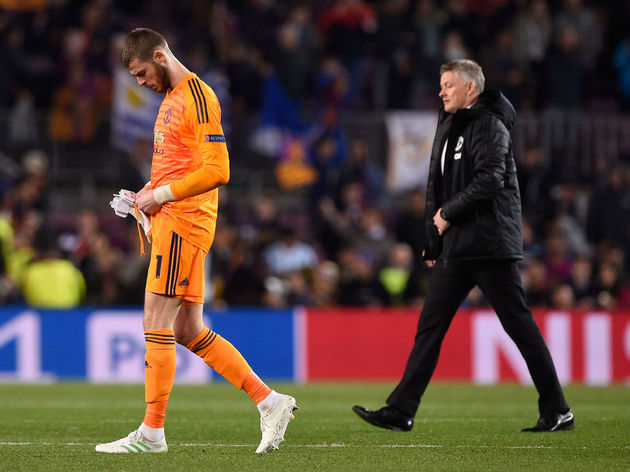 De Gea is no stranger to courting interest from major clubs, with a move to Real Madrid in 2015 almost completed, until a faulty fax machine scuppered a return to the Spanish capital for the shot-stopper.

More recently, French giants Paris Saint-Germain have been linked with a move for De Gea, who could be one of the few clubs in the world able to afford the Spanish international's apparent wage demands.

De Gea has been at ​United since 2011, winning just one ​Premier League title during that time, as well as the FA Cup, EFL Cup and Europa League.

We know that we have to improve but words mean little: we have to give everything for this club. Thank you for your unconditional support

The Spaniard however has only reached the quarter-finals of the Champions League twice with the Red Devils, and look set to miss out on qualifying for next year's edition, with them currently sixth in the table and three points off the top four.