​Atletico Madrid winger Thomas Lemar has revealed he hasn't considered leaving the club, but admits he needs to improve on his current form.

The Frenchman arrived at Wanda Metropolitano last summer for a club record fee of around £68m, but his place in Diego Simeone's starting lineup has come under question. Lemar has scored just four times and claimed three assists in all competitions since his transfer from Monaco, but the 23-year-old did score a late winner for Atletico over Eibar over the weekend in a 1-0 win.

"My season hasn't been exceptional," Lemar confessed, as reported by Marca. "Whatever is said about me doesn't impact me too much and my price doesn't bother me. Leaving Atletico hasn't even crossed my mind, it's not the time to think about that."

Lemar was a sensation during his time at Monaco, with his performances there earning him a place in the triumphant France squad at the 2018 World Cup, and the winger remains confident in his ability to deliver in the Spanish capital.

3 - Thomas Lemar has scored more goals for Atlético de Madrid in #LaLiga (three, all of them away from home) than for Monaco in #Ligue1 last season (two). Deciding pic.twitter.com/dRionqYkon

He said: "It's perfectly normal for people to expect more, but I'm new at the club, adapting to a new system and a new league. I know they expect a lot more from me and it will come."

Simeone has famously played a set system during his eight seasons in charge at the club, which simply does not allow passengers and those who are not committed to their defensive duties. 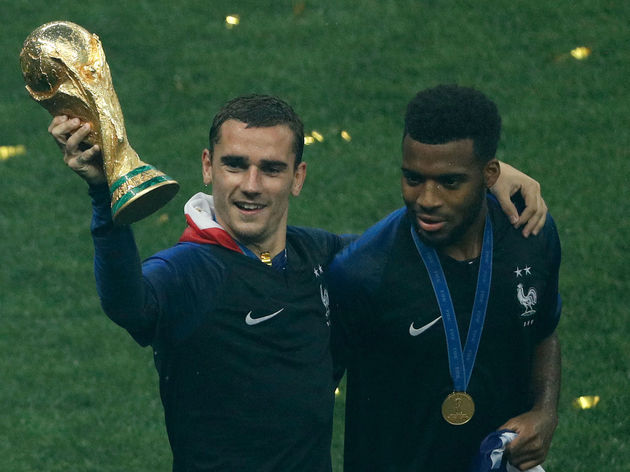 Regarding the Argentine manager, Lemar added: I'm not going to say that it's difficult, but it's something I've had to add to my repertoire."