​Manchester City look set to be without Kevin De Bruyne for the remainder of their title run-in after sustaining a hamstring injury over the weekend.

De Bruyne, 27, went off during the 1-0 win over Tottenham after only 38 minutes, casting doubt over whether he'd be fit for the crucial Manchester derby in the following days. With the Belgium international ​set to miss the game against city rivals Manchester United on Wednesday, ​The Times have reported that the midfielder may have in fact played his last ​Premier League game of this season.

The media outlet claims that ​De Bruyne will miss ​City's title run-in, which after United in midweek, sees them play Burnley, Leicester City and Brighton, as City look to retain the league title they convincingly won in 2017/18.

PEP  (On @DeBruyneKev's injury) I didn't speak with him or the doctors but it's a muscular injury.

I don't know how big the impact is.

We will see tomorrow but I think the next game he will be out.#MCITOT  #mancity

The Citizens are currently two points behind league leaders ​Liverpool, albeit with a game in hand, knowing that a win at Old Trafford in the coming days will put their destiny in their own hands for what's left of the campaign.

Having played a pivotal role in their title triumph last season, De Bruyne has endured a frustrating campaign this time around.

City's playmaker has been hampered by persistent injuries, seeing him make just 18 league appearances so far and a further 12 across other competitions. 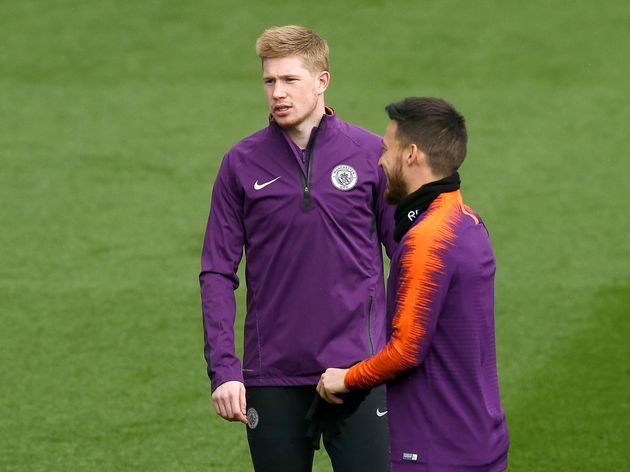 While his Premier League season looks to be over, it's unclear whether De Bruyne will also miss the FA Cup final against Watford on May 18 - one week after the final Premier League fixture - which could secure City a domestic treble.