Lucy Bronze stands to be one of the stars of the 2019 Women's World Cup this summer. England's right-back has legitimately been one of the best players in the world since her international breakout at the last finals four years ago and is now at her peak at the age of 27.

England manager Phil Neville already thinks she is number one. "Lucy Bronze is the best player in the world. Write that down, print that, because she is." Emphatic.

This is everything you need to know about England's superstar ahead of this summer...

Hailing from the north east of England, Bronze began her career in the youth ranks at Sunderland and had reached the Black Cats first team by the age of 16 in late 2007.

Sunderland were outside the top flight at the time, but a teenage Bronze helped the club earn promotion to the old Women's Premier League in 2009, the same season the team also reached the FA Cup final for the first time. Sunderland lost to Soon afterwards, Bronze was recruited to play college soccer in the United States, receiving a scholarship from the University of North Carolina to play for its iconic Tar Heels team. She became the first British player to win an NCAA national championship during her time there.

After one college season in America, Bronze returned home to Sunderland, before moving on to join Everton in 2010. After that, the defender traded blue for red in 2012 to join Liverpool and won back-to-back Women's Super League titles in 2013 and 2014.

Bronze then left the champions to join ambitious Manchester City, winning a third WSL title in 2016, as well as the League Cup that year, and the FA Cup in 2017. That was followed in 2017 by an international transfer to extremely successful French club Lyon, where Bronze won a Division 1 and Champions League double in her debut season and is currently battling to repeat that feat in 2018/19.

Bronze first pulled on an England shirt in 2008, representing the Lionesses at Under-17 level. She then gained further experience in Under-19, Under-20 and Under-23 age groups over the next five years, before eventually making the step up to senior level in 2013.

The defender has since earned 66 caps for England to date, scoring seven goals, and was a key member of the team that won the 2019 SheBelieves Cup earlier this year.

Despite having just one senior cap to her name, Bronze was called into Hope Powell's England squad for what would be a disastrous Euro 2013 tournament. The young talent, still just 21 years of age at the time, didn't get on the pitch in Sweden and England crashed out without a win.

Two years later, Bronze formed part of a squad refreshed by new coach Mark Sampson and emerged as a breakout star as England finished third at the 2015 World Cup. From right-back, she scored winning goals in the last 16 against Norway and quarter final against Canada. As such, Bronze was shortlisted for the Golden Ball award and was named in the All-Star Team. Two years after that, Bronze was named in the Team of the Tournament as England reached the semi finals at Euro 2017, and is set to go to her fourth major international tournament this summer, with the Lionesses among the early favourites to win the 2019 World Cup.

By the age of 27, Bronze has won four national league titles with three different clubs in two different countries. That could soon be five if she wins another with Lyon this season.

Aside from league success, she has two domestic cup medals from her time with Manchester City and won the Champions League with Lyon last season.

Individually, Bronze is equally decorated, despite being a right-back.

Bronze is a right-back by trade, but don't be surprised to see her occasionally operate in central midfield at the World Cup this summer, depending on the circumstances of each game.

Full-backs and central midfielders share common skills and Bronze filled the position in England's recent friendly against Canada and against the United States in the SheBelieves Cup. 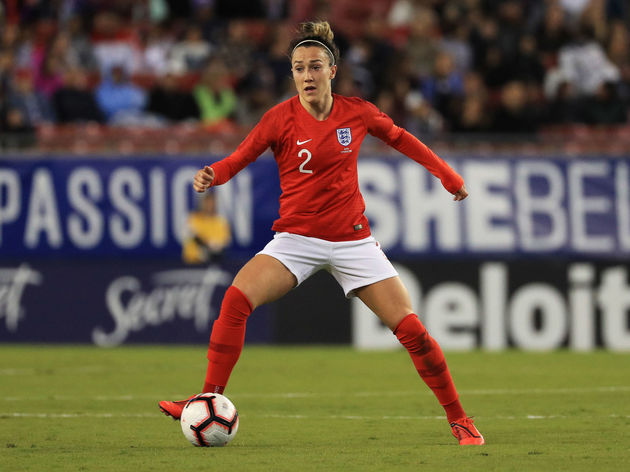 Bronze underwent four knee operations over a period of two-and-a-half years early in her career and it threatened to derail her progress when the game was still largely semi-professional.

"I got told a few times that I wasn't really going to get picked for England again because I'd got too many injuries. That they weren't going to help me because they didn't have the funds," she told the Daily Telegraph in November last year.