Mohamed Salah: Why Liverpool's Star Will Never Be Considered a Premier League Great

​Mohamed Salah was influential in ​Liverpool's 2-0 win over ​Cardiff City on Sunday, winning the penalty which secured all three points for the Reds to send them back to the top of the Premier League.

Cardiff captain Sean Morrison was judged to have fouled Salah, with the Bluebirds' defender's arms encasing the Egyptian winger. The incident certainly gave referee Martin Atkinson a decision to make, but Salah's collapse to the floor left a sour taste. To quote Cardiff boss Neil Warnock: "It was like a great 9.9 dive, weren't it?" One year ago today, ​Salah was awarded the Men's PFA Player of the Year award. This season, he could conceivably go on to win the ​Premier League, Champions League as well as a Golden Boot, but Sunday's theatrics were another reminder that there's still something off about the Reds' winger.

It is quite remarkable what the 26-year-old has achieved since arriving at Anfield last summer. In his debut season, Salah scored 46 goals in 52 games across all competitions, as he led the Reds to the Champions League final and a top four finish.

As a ​Chelsea fan, I couldn't believe what I was seeing. His wonder goal during Liverpool's 2-0 win over the Blues last weekend rubbed some serious salt in the wound.

During his spell at Stamford Bridge, that same left foot struck the ball from an almost identical angle, but instead of flying into the top corner, the wild shot earned Shrewsbury Town a throw-in almost in line with where Salah was stood.

His time in a Chelsea shirt will live long in memory for all the wrong reasons. Roman Abramovich has brought some questionable footballers to west London over the last 16 years, but in my lifetime I can't say I've seen many players look so out of place in the Premier League. He looked like a supporter who'd won a raffle to join the first team squad.

In short, Salah was fortunate to have Juan Cuadrado at the club at the same time.

There's no logical explanation for the transformation that followed upon his return to England.

It should be impossible to belittle the achievements of a player who has scored more goals (32) in a single Premier League season than ​Luis Suarez and ​Cristiano Ronaldo at the peak of their powers, but the truth is, Mohamed Salah is not a Premier League great.

ON THIS DAY: In 2018, Mohamed Salah was named Men's PFA Player of the Year:

Reward for what turned out to be a record-breaking season.  pic.twitter.com/hEpn5oavSU

That record-breaking season has etched Salah into the history books, but in ten years, will we reminisce about this era of Premier League football and marvel at Salah's abilities? I think not.

Take his 'solo wonder goal' against ​Southampton earlier this month. Salah picked up the ball midway in his own half and ran in a straight line, beating no defenders, and swung an awkward left leg at the ball. It hit the back of the net and that's what counts, but a more natural striker of the ball can be found at your local Power League.

As prolific as he may be, watching Salah with the ball at his feet is reminiscent of a dog with a £1 beach ball on his first trip to the beach. But that's his trump card. How does a full-back predict which way a winger will go when the winger himself has no idea which way the ball will bounce off his foot?

When we talk about forward players who have lit up the Premier League, we talk about Ryan Giggs, Thierry Henry, Ronaldo, ​Eden Hazard. These are players who make the game look easy, who make defenders wish they stayed at home and are capable of raising a whole stadium to its feet. 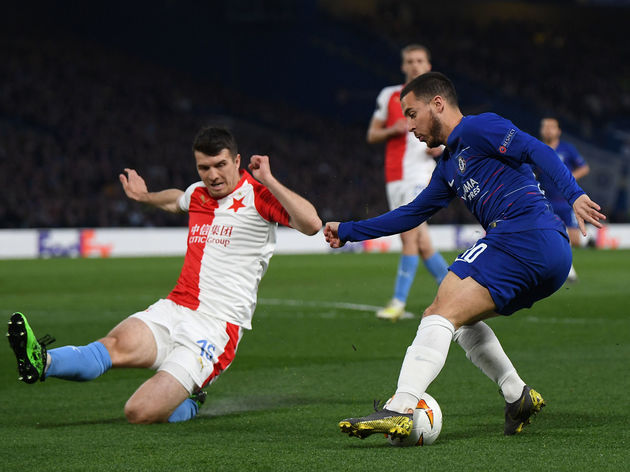 As for Salah, it's more a case of standing up in anticipation of helping your child off the deck after they take their first steps.

Of course, if you're a Liverpool supporter - do you care? He's the league's joint-top scorer and silverware looks to be on the horizon under Jurgen Klopp. T

However, only ​Wilfried Zaha has lost possession on more occasions than Salah this season (110). Only three players have missed more big chances (15). But what about last season? He was flawless.

Salah tops last season's charts for big chances missed (23), while losing possession 95 times - the fourth-most in the division. As I said, the stats don't lie.

Salah may be a great goalscorer, but should he mentioned in the same breath as the footballing greats that have graced the Premier League over the years? I'm not so sure.